It’s been a busy few months with lots of announcements late last year in the lead up to the state election, so we thought now was an opportune time to take stock and have a look at what the year ahead has in store for us…

- Revisiting Amendment C270 (the Central City Built Form Controls) - The Property Council of Australia's Victorian Division commissioned a report to investigate the impacts of these controls. The report found that at the time the report was published, just 2 new commercial office buildings had been approved under the new controls (and just one residential building), putting the CBD at dire risk of running out of office space in the coming years and costing the state billions. Whilst the Liberals said they would abolish the C270 controls, Planning Minister Richard Wynne has been more measured stating that the controls will be revisited as a matter of priority.

- Better Apartment Design Standards (BADS) V.2 – Late last year, just before the 2-year anniversary of the BADS, Premier Daniel Andrews released a statement indicating that if re-elected the Labour Government would revise the BADS to introduce minimum setbacks from neighbouring properties and minimum green space standards (along with requirements for non-combustible and durable cladding, and mandatory construction management plans). Interestingly, the draft BADS did include specific setback guidelines but were then omitted from the final version, which adopted a performance-based approach with setbacks to allow for adequate daylight access, outlook and privacy. There has been no announcement yet on when these changes are coming but it is likely that they will be gazetted without notice.

- The Apartment Design Advisory Service (ADAS) – The Minister for Planning has appointed a six-member panel to support councils to apply the BADS. This service is to provide independent design advice on apartment projects of five or more storeys, introduce consistency to how the BADS are applied and presumably inform further changes. We look forward to seeing how ADAS can facilitate more timely and consistent assessment of apartment projects across Victoria.

- Support for Build to Rent (BTR) – There’s been significant progress in this space since our Affordable Housing Series Article, including the establishment of the BTR Standing Advisory Committee, and more detail on the Industry Working Group. There have also been announcements regarding financial support for BTR in community housing, a commitment to clarifying taxation arrangements and an undertaking to lobby the federal government for support.

- Increased push for affordable housing – The government has been setting the scene for inclusionary zoning through the Inclusionary Housing Pilot, which is intended to demonstrate that large scale development projects can incorporate affordable housing and still be financially viable and attractive to purchasers. There has also been significant investment into capacity building at council level with grants of up to $50,000 available from DELWP to “provide specialist expert and technical assistance and support to council officers working to negotiate Section 173 agreements for affordable housing”. At Ratio we have noted a marked increase in Council’s requesting the voluntary provision of affordable housing at development application stage, particularly in instances where it is proposed to exceed a preferred building height. This trend is expected to continue, and we also expect to see an increase in rezonings and major amendments specifying affordable housing requirements (similar to what has been included in Fishermans Bend).

- VPA Planning for National Employment and Innovation Clusters (NEICs) and Urban Renewal Sites – Since taking on responsibility for strategic planning in established areas, the VPA’s workload has been growing steadily. The current focus is strongly informed by Plan Melbourne with the development of framework plans for the NEICs (LaTrobe, Monash, Parkville and Sunshine), as well as structure planning for key Urban Renewal Precincts such as Arden McCauley (North Melbourne), Cremorne (Ratio’s home!) and the Maribyrnong Defence Site (amongst others).  It is expected that the list of Urban Renewal Precincts will grow, with huge opportunity to capitalise on the benefits borne from level crossing removals in major activity centres. Get in touch with us if you have landholdings or other interests in these areas.

- 12 new suburbs on the fringes - Following the release of 100,000 new lots in the 4 years to 2018, the VPA’s work program for 2019-2023 includes the delivery of Precinct Structure Plans (PSPs)  for 12 new communities close to the established areas of Craigieburn, Beveridge, Wallan, Officer, Kororoit, Cranbourne and Point Cook and are anticipated to bring up to 50,000 jobs to these areas. The VPA will be working through PSPs for these new communities over the next 4 years - get in touch with us if you have landholdings or other interests in these areas.

There have also been some recent announcements by Danni Addison, CEO of the UDIA Victorian Chapter in relation to process review matters. Whilst little is known about how these reviews will play out, we’re pleased to see a focus on ensuring that our planning system is operating efficiently and effectively.

- Red Tape Commissioner to review Planning and Building Approvals System – Following campaigning by the UDIA’s Victorian Chapter, it has been confirmed that the Red Tape Commissioner will undertake a wholesale review of the planning and building approvals system to look at opportunities to streamline these two systems, reducing the cost of delays and minimising risk.

All in all, it’s shaping up to be a busy year. Stay tuned for our update on what to expect in the traffic world in 2019. 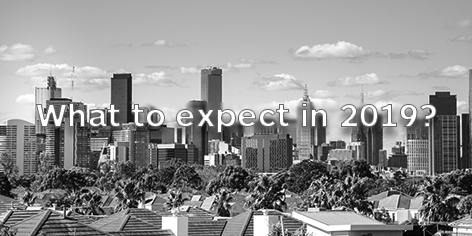