Waste is a topic currently dominating our news cycle, with programmes such as the ABC’s War on Waste providing a valuable insight into this growing problem. This issue is becoming more pressing due to China’s import restrictions on contaminated waste, and many Councils appear nervous about the ongoing viability of their kerbside collections.

As of last month, Ipswich Council, in Queensland, announced that all recyclables will be going directly to landfill for the immediate future. A key reason given for this is the additional cost required to maintain current recycling habits. The need for investment and cultural shifts in our high consumption of low-cost products and materials is anticipated to push more Councils towards similar stances on recycling.

Notably, industry had warned government about the ramifications of this ban/import restrictions on the viability of the industry. Instead of planning ahead to address the issue, we now find ourselves in a typical knee jerk reaction position, where the government appears to be throwing money at short term solutions instead of focusing on long term solutions.

Victoria is already improving on construction waste, with recycled aggregates being used in place of virgin materials for road construction and bedding materials for infrastructure. However, the fallout of our personal waste habits requires action.

Creation of circular economies within the recycling sector has the potential to spread wider to other materials and goods that are currently considered a waste product, and provide new employment and economic opportunities. This sentiment is echoed by the Australian Council for Recycling (ACOR) and the Waste Management Association of Australia (WMAA), calling for a $150 million one-off investment to implement a National Circular Economy and Recycling Plan. The Plan would look to develop infrastructure required to process our waste in Australia, as opposed to shipping it to other countries.

So what implications does this have for planning? Plenty. The continued stockpiling of recycled materials awaiting processing remains an ongoing risk. This has been highlighted by a fire recently at the Knox Transfer Station and last year at the SKM recycling plant in Coolaroo. At the time of the Coolaroo fire, the CEO of the ACOR remarked that Victoria had the weakest controls regarding regulation of stockpiled landfill. Other states, including South Australia and New South Wales, have penalties applied when companies exceed the legal stockpiling limit. More operators are expected to stockpile their recycling collections until there is an upturn in prices, or a clearer way forward for them. It appears that enforcement/treatment of this issue was being hampered by the fact that responsibility was shared across a number of government agencies, being the EPA, DELWP and Sustainability Victoria.

Disposal of ‘other’ wastes is also up for discussion. Sydney have been progressively closing their ocean outfalls which discharge untreated sewage into the ocean. There are three remaining outfalls around Vaucluse and Diamond Bay. In a case of NIMBY-ism which sounds all-too-familiar, part of the disagreement about closing these outfalls is that if the waste network infrastructure is upgraded, residents are concerned that the area could accommodate increased housing densities (along with concerns about tunnelling on property values).

Planning has also been instrumental in the issues associated with the ‘poop train’ or ‘poo-choo-choo’ debacle in the USA.  Big Sky Environmental is a private landfill in rural Alabama, which accepts biosolids from New York and New Jersey. Apparently, New York and New Jersey ship their waste to states with lax zoning laws to avoid complications with local regulations. The biosolids, primarily poop/sewage sludge, is transported to Alabama via train. After being fed up with trains being stored in their rail yards, West Jefferson implemented zoning laws to prevent this from occurring. The ‘poop train’ was then redirected to railyards in a small town called Parrish for over two months, as they didn’t have the same zoning laws. Up to 250 containers were stored in the town and the odour associated with the stored poop train was described as rotting animal carcasses by residents, who were thankful for a cold winter and spring and pleased the containers were removed before their typical 35-37˚ summers.

Waste is certainly one area where NIMBY holds true for the majority, with the minority, such as small rural towns in Alabama, or residents proximate to landfill in Ravenhall Victoria, having to cope with everyone else’s waste problem. Since 2009, when the number of people living in urban areas exceeded the number living in rural areas for the first time globally, how waste is managed will continue to be an ongoing issue.

The latest Victoria budget shows small signs of management of waste. The EPA’s illegal dumping strikeforce will receive continued funding for tackling illegal industrial waste dumping. Councils and the recycling industry will receive Government support for the continuation of kerbside collection, while the plan to tackle recycling is developed. Unfortunately, the money allocated to these initiatives is about maintaining the status quo and is minimal in comparison to some of the major transportation projects being offered up as election sweeteners.

Ultimately, consumer habits will dictate the outcome of the global shift in waste management, and the first response for change can occur at home. Some options that you might want to consider:

If you'd like to find out more about how Waste Management Planning could impact your project, get in touch with our team. 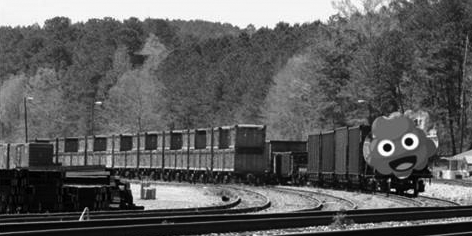