Nestled in the leafy eastern suburbs of Melbourne, Ringwood East is a relatively quiet, low key Neighbourhood Activity Centre that has been subjected to minimal redevelopment.  From a town planning viewpoint, the NAC boasts many of the key criteria under metropolitan policy for urban consolidation and housing growth, in particular the train station, bus services and a thriving shopping village.

. . . And so a collision course was set between our client’s aspirations for a more intensive housing project in a 'tallish' building (relative to the low key context), and the outdated expectations of the Council and community that were somewhat reticent to change in order to protect to the character of Ringwood East.  Testament to this was the 100 or so objections and local media attention which this development attracted.

The approval process involved quite a journey that started out with Council seeking mandatory 3 storey height controls on the site via Amendment C96 (plus preference for townhouses rather than apartments). After ratio: made an appearance at the Panel hearing on behalf of our client to challenge the new controls proposed by Council, ultimately the independent Panel recommended that Amendment C96 be abandoned as the new controls lacked justification and the policies were not sufficiently in line with State policy and Plan Melbourne etc.

The Panel recommendation to reject the new planning controls did not stop the Council from yet adopting Amendment C96 with the backing of its community.

The Tribunal’s final decision Document Here was to approve the 4 level apartment building. Despite the overwhelming opposition of the community and Council’s attempt to limit the development capacity of the site, indeed this approval represents a level of development previously unknown to the activity centre.  It was pleasing to note the Tribunal placed little weight on Amendment C96 which had more or less become a highly politicised process that lacked town planning rigour… not to mention that it failed to receive support from the independent Panel.

We consider this to be an excellent decision as it gives due consideration to the strategic attributes of the site and the potential for suburban activity centre’s to absorb a reasonable degree of change to support Melbourne’s ever expanding population.

We’re delighted with this win. Especially as it reinforces the notion that Panel's and VCAT are able to deliver fair outcomes on GOOD PROPOSALS in the face of political / community uproar!

Amendment C96 is currently before the Minister for consideration.

If you have any queries please get in touch with your existing contact at Ratio or Robbie McKenzie – robbiem@ratio.com.au 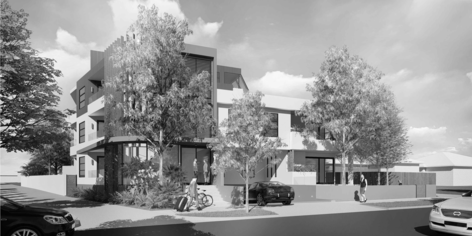