The next major leap in transportation will be the emergence of autonomous vehicle technology – believe it.  The real uncertainty is whether it will make things better or worse for the future.

The gimmicky shots (below right) show passengers in a European country kicking back on their autonomous journey, perhaps to a ski resort? Yes, this sounds and looks great but the potential benefits of the technology stretch far beyond having more relaxing journeys.

Legislation permitting, these vehicles could be used by their owners as a private taxi service to get to work while sending emails, or the kids off to school etc.  Imagine getting your autonomous car to take you to work in the CBD in the morning and send it home again during the day to avoid expensive parking costs. Might sound great for you but this scenario could result in more vehicles on the road and increase traffic congestion, thereby potentially making things worse than they are now!

We already have autonomous trains operating in Sydney and there are autonomous bus services being trialled abroad.  In Melbourne, there are large public transport holes in our newer suburbs that could be filled by an autonomous vehicle service that takes people to the nearest train station, bus, tram line etc. – an excellent solution to the ‘last mile’ of a public transport journey which you might have seen whizzing around Albert Park at the recent Intelligent Transport Systems conference held in Melbourne.

Now here’s how I think autonomous vehicles could really make the future a better place.  Imagine a future where most, if not all of the vehicles on the road are autonomous and are picking up and dropping off multiple passengers. Think the shared version of Uber (Uber Pool) but on a much larger scale.  An autonomous car provided by a commercial or government service picks you and your neighbours up in the morning and takes you all to work.  With far fewer vehicles on the road there would be no congestion plus the vehicles are able to drive much closer to each other at higher speeds.  So whilst it might take a bit longer with the picking up of multiple people, the trip will be faster overall.

Ok what about the infrastructure benefits? The recent Infrastructure Victoria report looked at a future traffic modelling option featuring autonomous vehicles. It found that widespread use of autonomous vehicles could have greater benefits on the network than any single major project identified in the study as a result of fewer cars on the road.

Life will be better!

Of course, there would be many other benefits to be had – fewer traffic accidents, less traffic pollution and healthier communities created through people having more time in the day for exercise and recreation.

It won’t be easy

The technology required for such a future is within reach.  However, there are a number of hurdles including our long-held fondness and reliance on car ownership, changes to the legislation framework and the need for a massive change in mindset across an entire population.  Is it worth the hassle?  Any traffic engineer will tell you that it’s impossible to fix the issue of traffic congestion in our city at the rate we’re growing based on the current pattern of car usage.  There is simply not enough land or funds to keep up with the roads required.  The current waiting list of road infrastructure is long and increasing and the timing for funding all these projects is uncertain.  Yes, the changes required to implement autonomous vehicle technology on a large scale will result in a lot of disruption but if it means traffic congestion as we know it today is done with then it is surely worth the effort.

What will you do?

So, what could it mean for you and your business?  Let’s say the government and the industry gets on board and makes this happen soon, what could it mean for say shopping centre development?  With no need for traditional car parking, but an increased need for drop-off areas, the shape, orientation, and flow of traditional shopping centres would be dramatically different.  Think, more developable area and improved streetscapes for pedestrians.  This is just a small sample of the type of thinking that is required around a future with autonomous vehicles.  Ignore it at your peril!

For traffic engineers like me the evolution of autonomous vehicle technology as a transportation service is an exciting prospect for a prosperous future.  It finally presents a viable solution to the transportation needs of a rapidly growing population. 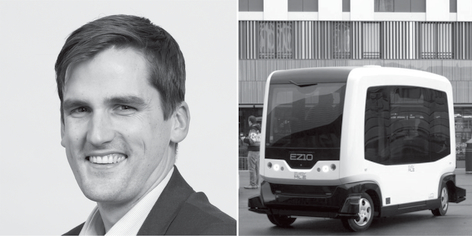 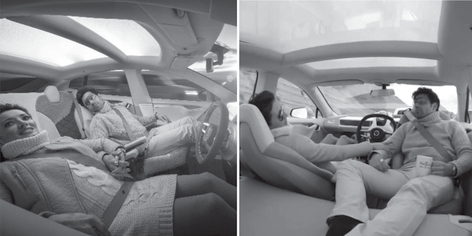