Since the introduction of the new residential zones in 2014, ratio: have been actively involved advocating about issues surrounding their implementation. Collaborating with other consultants, ratio: has been actively involved in the past 4 years seeking to influence the appropriate application of the zones.  Our view has always been that the Zones should allow for the increased density and diversity of housing consistent with the location of public transport and other infrastructure.  Instead the outcome was that for some municipalities, the over use of the Neighbourhood Residential Zone locked land away from reasonable development opportunities.

The State Government has completed its pre-election promises of a review of the Residential Zones and the way in which they were implemented.   The key changes are:

Councils will have the ability to amend a schedule to the zone to include an alternative maximum height, however the height in the schedule cannot be less than the maximum height specified within the parent clause (i.e. 9m in the NRZ, 11m in the GRZ and 13.5m in the RGZ).

The new garden area requirement applies to development in the NRZ and GRZ of lots over 400m2. The requirement is mandatory and requires a percentage of the land to be set aside for landscaping, in line with the following table.  Significantly, driveways will not be included in this area, which will have an impact on development yield for certain building typologies.

We are still yet to understand when the provisions will take place, but we would expect this to be reasonably soon, given the State Government’s other suite of changes which focus on the implementation of the revised Plan Melbourne, also announced today.

What are our thoughts?

The changes to the Residential Zones, particularly the NRZ are definitely take a step in the right direction with the removal of the maximum density of two dwellings per lot.  We have long held the view that an increased density doesn’t necessarily result in a negative impact on neighbourhood character.  For example, demolishing the existing house and building one large house (which may not require a planning permit) can be just as disruptive to a streetscape as building three smaller houses and doesn’t achieve an increase in density generally sought by planning policy throughout metropolitan Melbourne.

Whilst the objectives of the Residential Zones will be amended, it is our understanding that limiting opportunities for increased residential development will remain a key consideration for any decision maker, particularly in areas of identified sensitivity. Realistically, opportunities for more than two dwellings on a lot will need to be carefully considered in the context of existing and preferred neighbourhood character and the prevalence of medium density housing in the area.  At the least it will allow a more performance based approached to dwelling density that the current zone provision.

The increased building heights are also an improvement which will allow a more considered architectural response and increased floor to ceiling heights where appropriate.

We do have concerns regarding the mandatory garden area requirement, especially with its application with the NRZ and the GRZ.  Our preference will always be for a performance based approach to such a requirement.  There will no doubt be circumstances where neighbourhood character will allow for a more urban response, or alternatively, a larger lot can provide for a more dense design solution. We would reasonably expect to see less reverse living or lower maintenance housing options.

Please don’t hesitate to get in touch with us regarding how these changes will impact you. 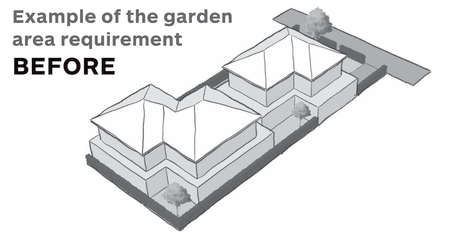 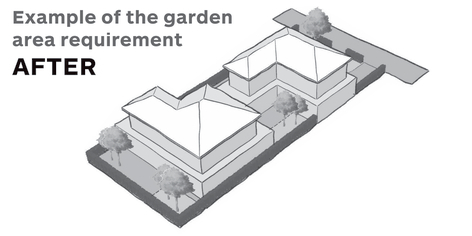