Yesterday the Planning Minister decided to refuse a controversial re-zoning proposal in Casey City Council and announced that the government was looking at how the planning scheme amendment process relates to Council and what can be done to improve it.

There has been recent media focus on the ability to influence land re-zoning decisions in Victoria, which is being investigated as part of the ongoing IBAC enquiries.

Land use zoning is at the core of statutory planning and seeks to ensure that land uses are appropriately located to avoid undesirable conflicts between uses (i.e. for instance the separation of residential land from industrial land).

Re-zonings typically allow for land uses that would otherwise be prohibited under an existing zone control. Sometimes re-zonings are sought to reflect contemporary land use and economic trends, for instance the re-zoning of a redundant industrial precinct to allow alternate employment generating land use, to allow for residential growth at Melbourne’s fringes or to facilitate more intensive development within activity centres or urban renewal areas encouraged by policy.

Most re-zonings are undertaken via the normal proponent or Council led planning scheme amendment process.

Often these are amendments to individual sites or precincts and can involve re-zonings in conjunction with proposed overlay controls. The key steps in the process includes seeking Ministerial authorisation, exhibiting the amendment, directing submissions to an independent Planning Panel, the Panel process, Council considering the Panel’s findings and adopting and submitting the amendment to the Minister for final approval.

An amendment to the planning scheme requires rigorous analysis to ensure that it is strategically supported having regard to the relevant strategic assessment guidelines practice note.

So if a review is being considered, how could the amendment process be improved?

The amendment process could be fairly criticised as long and cumbersome, with little certainty for proponents or the community. The current climate of COVID-19 has highlighted the need to consider the expedition of investment and construction activity to facilitate economic activity.

Investigating potential reform to put in place a framework for expediting amendments with obvious strategic policy support, would assist in ensuring sites and precincts are released into the future development pipeline.

In recent times we have experienced an increased reluctance of some Council’s to entertain ‘spot’ re-zonings, not necessarily due to a lack of planning merit but due to administrative burden/political reasons and a preference to focus energies on Council led planning scheme amendments.

Perhaps there is an option of introducing a ‘user’ pays process with Council’s to facilitate processing where administrative burden exists.

The inability to sometimes obtain support to even lodge an amendment request, makes the process inefficient and frustrating for proponents and can lead to planning blight at time when economic impetus is critical.

Timeframes are a real issue and can range from anywhere between 12 and 24 months, resulting in significant delays and funding outlay without any certainty of the outcome.

The number of steps in the process and the need for involvement of both state and local governments contributes to assessment complexity and length.

The process could be streamlined by reducing the number of steps in the process, reducing the timeframes for public notification and introducing more accountability timeframes within the assessment process.

There are several opportunities for the Council to abandon the amendment during the process which reduces certainty, even if a Panel is supportive of an amendment.

Concerns about political influence in the decision-making process could be alleviated by providing decision making authority to an independently appointed panel, such as Planning Panels Victoria, or alternatively the Panel’s findings could become mandatory on the Council.

Currently, Planning Panels Victoria plays an important role as an independent advisor to the process, yet its findings are non-binding on the process. The parties to a Panel process expend significant funds on representation and expert witnesses etc. only for the findings to be non-binding.

There are also inefficiencies in appointing an expert panel, only for them to be limited to considering the issues raised by submitters, rather than providing fresh eyes on the overall content of the amendment.

If the independent panel is not the final arbiter to an amendment, then any decision of the Council to refuse an amendment should be appealable to VCAT or a review panel. The absence of any right of appeal is inconsistent with the notion of procedural fairness.

Whilst amending the planning scheme should be a carefully considered process, there is an opportunity for a comprehensive review of the process with a focus on streamlining, added certainty and reduced political influence. 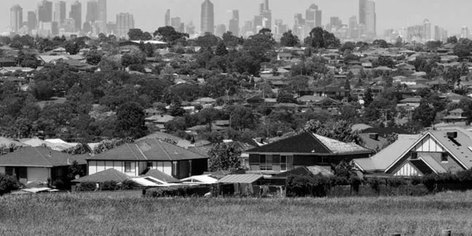