The traffic team at ratio: were thrilled to have the unique opportunity to tour Patricks stevedoring operations at the East Swanston Dock Terminal last month.

The Terminal Manager, Chris Brewster, provided an insightful overview of the capacity and operation of Patrick Stevedores, which is currently the most efficient stevedoring operation in Victoria.  The Ports form a critical function within the Victorian economy and have a significant reliance on the road network to move freight in and out.  We were surprised to hear that Patricks can receive up to 110 trucks an hour, which thanks to some clever scheduling, has trucks in and out of the Port in an efficient manner with minimal queuing either on site or on the adjacent road network.

We also learnt however, that when things go wrong at one of the wharfs, there can be significant implications to the surrounding road network, with truck queues sometimes extending to the Bolte and Westgate Bridges.

Given the current government discussions regarding a new container port location, it was great to have Chris provide an in-depth view of the current constraints of the existing Ports and the expected growth in container imports and exports, as Melbourne heads towards a population of 8 million people.

The Ports are an integral part of the overall transport network and have a significant bearing on future infrastructure projects in Melbourne such as the Inland Rail, the second port location and the proposed Intermodel Freight Transfer station.  The ratio: traffic team pride themselves on keeping up to date on infrastructure projects and the Victorian transport network and would like to sincerely thank Chris and the team at Patrick for their time.

To stay up to date with the latest news, with genuine insight and reflection, follow us at LinkedIn and Twitter 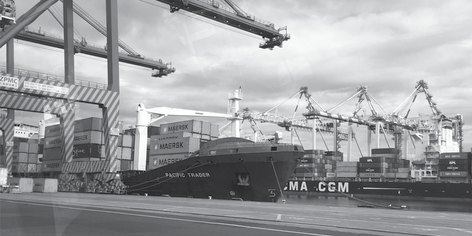 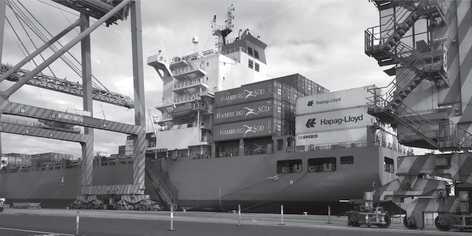