This interview is a part of the ratio spotlight series, where we are featuring an in-depth Q&A with members of our team. This week, we're talking to Colleen Peterson, ratio: CEO.

Did you always know you wanted to be a Planner?

No! It was really something I fell into by accident, in part because when I was studying at university I was interested in the environment. I thought I would become an environmental planner and I didn’t know what that meant in terms of a job, but I liked the idea of studying the environment and environmental policy. I was at university during the stock market crash of the late 80s. Unemployment was high, jobs were hard to get, and I was living out of home. I had a real panic about the fact that I didn’t think I’d get a job when I finished university. So, halfway through I decided to change majors. The only other options were town planning or landscape architecture - anything else and I’d have had to start a new degree. I decided to switch to town planning, and here I am nearly 30 years later!

For a long time I didn’t really love it, but it was something I was quite good at and that was enough. It wasn’t until about five years ago when the residential zone debate raised its head, that I thought about planning beyond earning a living. I began to think about it in terms of influencing the way we live and the way our cities develop. It’s funny because it took me until I was 42, but once I made the connection that what I do as a planner can really make a difference, then I fell in love with it. Which is a bit embarrassing in a way! I just came about it completely the wrong way.

So now I do really care about what we do as planners, and it is important and it makes a difference. If I do my job well I can help make the world, in my own way, a slightly better place, which is pretty cool.

What’s been the biggest change in Planning since you started out?

Planning is getting harder. It’s much more complicated than when I first started. The complexity of the issues, the breadth of decision guidelines and planning controls, policies, codes and structure plans – that’s all far more challenging. Planning only gets more difficult, and that’s a reflection of the growing importance of getting our built form right.

What professional advice would you give to your younger self?

Be a problem solver. I say that to any young person that comes through the door. As planners, we’re really tasked with solving land use and development challenges. Sometimes the answer is ‘no’, but often the answer is ‘in a different way’. The real skill we can bring to a project is lateral thinking and problem solving, the ability to think outside the box and find alternative solutions.

What does Planning mean to you?

Planning is ultimately about creating a built form environment that can take society into the future - ideally in a way that is best for our communities, and for our environment.  Planning should enable us to live more sustainably and tread more lightly on the earth. If only I came to this realisation 25 years ago!

What’s the best part of your job?

The thing I absolutely love the most is being a positive influencer. That can take a few forms: it can be giving evidence at the Tribunal or giving advice to clients; being a mentor and a sounding board for the staff that I work with; or it can be speaking up about a particular issue. I love the fact that ratio: has a strong social conscience and a mandate to be proactive in the thought leadership space, which enables me to positively influence the world around me. That feels pretty good.

Tell us about your Expert Evidence work

It’s a space that I’ve been working in for about the last 15 years and it’s something that I find really fascinating. I think anyone that does expert evidence work would agree that it’s quite a stressful thing to do, but it is immensely rewarding.

I get a great sense of satisfaction from giving my opinion about something and having the client backing me to win. Sometimes that advice will be to make substantive changes to the design and you go to VCAT you can get very nervous.  You’re sitting there thinking ‘I could have completely got this wrong, but this is my view, this is how I think’. When the Tribunal supports you and says ‘yes, this is the right design response and you have largely addressed the issues’ and your permit gets granted, it’s immensely satisfying.

But that’s also where it’s quite stressful because if the Tribunal disagrees, then that refusal can often fall on you.. But at the end of the day you can only speak honestly and truthfully about what you think. Obviously, planning is a subjective arena and that does make it really challenging, but it’s part of the reward as well.

Expert evidence is a key component of my new role as CEO, with the change in responsibilities giving me more time to work in this space.

Tell us something we don’t know

I’m really obsessed with historical fiction about WWII. My particular area of sub-interest is the holocaust. Years ago I worked at SJB, with strong ties to the Jewish community, and I found the sense of community and cultural traditions truly engaging. At that time they were involved with the establishment of the Jewish Museum in Alma Road, which I found incredibly inspiring. My time there opened up my whole world to other cultural values and the injustices of the past. 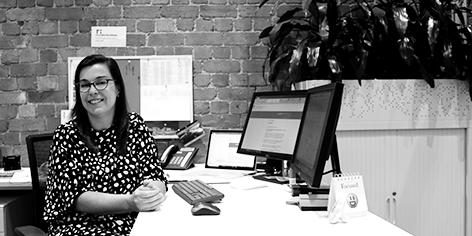