ratio: welcomes this recent decision of VCAT (Ronge v Moreland CC (Red Dot) [2017] VCAT 550 (9 May 2017) which confronts some of the bigger picture issues facing our city, and reminds us that metropolitan wide policies ought to be at the forefront of decision making to manage the sustainable growth of Melbourne in the long term

What is it about?

A development of 59 townhouses on a large industrial site in Brunswick that is in the Neighbourhood Residential Zone (NRZ).

Why are the Tribunal's findings of key interest?

What does it mean?

Should you wish to discuss the above decision or require advice on your existing / upcoming development proposal, please get in touch with Robbie McKenzie or your existing contact at ratio: by calling 9429 3111. 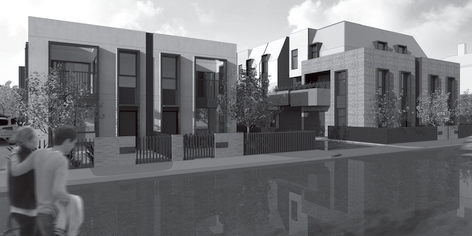