Infrastructure Australia has recently released a report providing advice to the Australian Government on managing the future growth of the nation’s cities over the next 30 years. The report, Future Cities: Planning for our growing population, is the fifth in a series of papers released by the independent advisor.

The summary report focuses on Melbourne and Sydney as examples and explores three different development scenarios:

It’s worth noting, Plan Melbourne currently includes an aspirational scenario for 30% of new dwellings to developed in greenfield areas, and 70% within established areas.

In a result that will be unsurprising to most, the centralised high density or rebalanced medium density models performs best against all criteria in the Melbourne example. The rebalanced medium density city model performs best in relation to road congestion and access to jobs via car. However, in all scenarios, access to jobs and services via car decreases when compared to the 2015/2016 reference data. In other words, traffic congestion will be worse under all scenarios. Even in the best-case scenario (of the three options explored), access to jobs within 30 minutes by car decreases by 4% when compared to the 2015/16 figures. On a positive note, the data indicates there is the opportunity for access to jobs within 30 minutes via public transport to increase as the city grows.

The findings highlight the importance in managing transport and access as cities grow, and places a strong emphasis on the need for increased investment in public transport.

The report clearly demonstrates there is a need for strong leadership to develop policy that can effective direct the way Melbourne should grow.

There are some great opportunities and recommendations throughout the report, which you can read in full here or read through the summary report here. 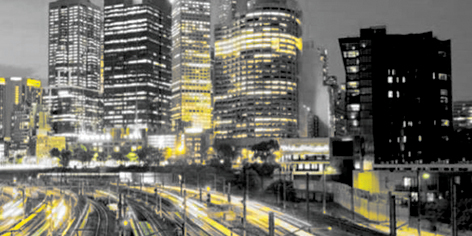