Structure plans are the flavour of the month at Glen Eira with Council last week adopting final structure plans for Elsternwick, Bentleigh and Carnegie, along with Quality Design Guideline's which provide clearer direction on Council’s expectations for new development across the entire municipality.

The structure plans set out the long term vision of Glen Eira for each of the major activity centres, including the desired built form and land use outcomes.

As the next step Glen Eira will be seeking approval from the Minister for interim controls to ensure future development aligns with the structure planning.  We are informed that certain elements of the proposed controls such as building height will be mandatory.  Should transitional provisions not be afforded by the interim controls, then existing development applications will be affected.

For Elsternwick, which is a major urban centre that is undergoing rapid transformation with emerging development pressure, there is a clear need for planning scheme controls to guide decision making on the scale and nature of future development proposals.

In the case of Bentleigh and Carnegie, readers may be aware the Minister has previously granted interim height limits following a request by Glen Eira, which are set to expire at the end of this year.  The somewhat retrospective strategic work that has now been undertaken by Council will likely result in further updates to the interim controls, such as variations to the current height limits.

It is expected the Council will place the permanent controls on public exhibition by the end of 2018, which will then be subject to scrutiny by an independent Panel.

Whilst the structure planning work being undertaken by Glen Eira is welcomed, it will be critical to ensure that the new controls are able to accommodate suitable levels of growth that reflects the strategic role of each activity centre.

Of key interest is the Council seeking a ‘significant community benefit’ test within urban renewal areas to enable an uplift of floor area and building height – a concept that is now in place in central city locations like the CBD and Arden-Macaulay.

Should the Council pursue mandatory height controls in precincts earmarked for growth, indeed this will demand a higher and more rigorous level of strategic justification to ensure localised housing targets are met and broader metropolitan objectives for Melbourne’s are not undermined.

For more information on the structure plans, including how your land may be affected, please get in touch with either Claire Helfer or your existing contact at ratio: 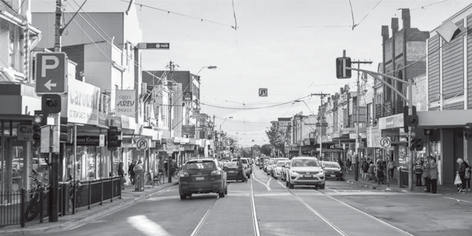