You may recall that Amendment C125 to the Monash Planning Scheme sought to introduce the ‘Monash Housing Strategy 2014’ (MHS) as a reference document into the planning scheme, and update the suite of residential zones and LPPF.

The amendment has undergone public exhibition and been assessed by an Independent Planning Panel.

ratio: made submissions to the Panel on behalf of various landowners within the municipality.  A fundamental criticism was that, while there are many commendable aspects of the MHS, no provision was made (in the proposed zone roll-out or the amended LPPF) in many areas to distinguish between land specifically identified as having potential for higher density housing and the more remote hinterland areas beyond.  The exception to this was land proximate to the Monash National Employment Cluster (including Monash University) and nominated higher order activity centres - which we supported.

The Council has since adopted a final version of the Amendment which accepts some of the Panel’s recommendations, but also rejects many.  The Amendment is now awaiting the Minister’s approval.

Whilst, in terms of its progression, the Amendment is ‘seriously entertained’, given many of the Panel’s recommendations have not been followed there can reasonably be some doubt as to what weight should be given to Council’s final adopted version of the Amendment.

For example, the Panel recommended that the Amendment abandon the rezoning of land to the Residential Growth Zone (Schedule 3) and the General Residential Zone (Schedule 6) in the Monash National Employment Cluster, and rather maintain the current General Residential Zone (Schedule 2) for the land pending further strategic investigation and analysis.  The suggestion appeared to be that the proposed new provisions potentially ‘undercooked’ the development potential of this land.  Council did not accept this recommendation, and has (separately) resolved to assess applications in these areas on the basis of the proposed planning provisions, not the current.  This has led to awkward situations given the current General Residential Zone now includes mandatory ‘height’ and ‘garden area’ requirements (not such an issue where the ‘transitional’ provisions apply to existing applications).

Other examples of where the Panel’s recommendations were not followed include:

In fairness, there will continue to be general recognition that areas proximate to activity centres and public transport will be preferred for residential growth.  Further, proposed Clause 21.04-1 references the ‘Monash Housing Strategy 2014’ and the ‘Residential Development Framework’ within the Strategy.  The ‘Residential Development Framework Map’ is included in the clause, and is said to provide greater certainty regarding the location and type of future residential development.  However, there remains a ‘disconnect’ between the MHS and the provisions of the planning scheme.  For example, we note there is no reference to the term ‘accessible areas’ in the text of the proposed amended LPPF.

Council’s continued opposition to balconies or roof top terraces as acceptable areas of private open space for anything other than apartments is also concerning.  This reflects Council’s general opposition to ‘reverse living’ townhouse-style developments.  Council had initially proposed that only ground level SPOS be encouraged in the vast majority of residential areas (with some exceptions), and made no reference to balconies of roof top areas as an alternative form of SPOS in vast areas.  The Panel could not have been more emphatic in its opposition to this.  Specifically we note the following:

Despite this, and numerous VCAT decisions that have accepted ‘reverse living’ housing with associated elevated balconies as the principal areas of SPOS (in Monash, elsewhere in the Melbourne Metropolitan Area, and elsewhere in Victoria for that matter), Council maintains its opposition to this.  It seeks to do this by adding the following words in the schedules to all residential zones, including the Residential Growth Zone (our underlining):

A balcony or roof top area of 10 square metres with a minimum width of 2 metres and convenient access from a living room. (This option is only available for apartments).

Surely the Council’s ongoing concerns about balconies for townhouses is untenable and outdated?  Why would Council accept upper level balconies serving apartments, but not for townhouses?  There is no requirement that there must be SPOS at ground level in the planning scheme.  Indeed, in areas where taller developments are encouraged, ground level SPOS areas often have compromised amenity (access to light, outlook etc) and it makes sense to elevate the SPOS.  Given apartments can be the same size as townhouses, and can also have more than one level, why try to distinguish between the two?  If there was some concern about reduced landscape provision (which is misguided, as the Panel noted), the reverse living design response enables all ground level side setback areas to have dedicated communal landscaping – far more effective than private landscaping in private courtyards.

We recommend that, if you have land in the City of Monash, you closely read the Panel’s report and view Council’s most recent adopted version of the Amendment.  The following links will assist with this:

If you are aggrieved by the Council’s adopted version of the Amendment, particularly where it is inconsistent with the Panel’s recommendations, then you should write to the Minister advising him of this.  ratio: can assist you in this regard if required.

To stay up to date with the latest news, with genuine insight and reflection, follow us at LinkedIn 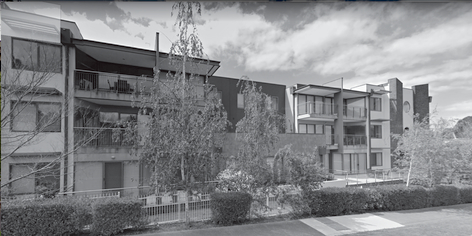