Mobility as a Service in Melbourne

The concept of MaaS is to provide a single platform that coordinates various transport modes and timetables which would otherwise be available through a series of different ticketing systems, apps and accounts, with the aim to create one accessible and cohesive transport system.

Users of the RACV arevo app nominate which transport modes they're willing to consider as part of their journey from A to B. Options include public transport, taxi, uber, shuttle, car, RACV car share, motorbike, bicycle, Melbourne bike share and walking.

Users then nominate preferences on a series of sliding priority scales to save money, save time, reduce carbon, travel with less hassle, and be more active.

The app then amalgamates the user’s preferences to find a route to their nominated destination and also allows them to top up their myki through the app. The current capabilities of the arevo app do not allow users to book the full range of services for which timetables are displayed. As the app gains a user base and continues to evolve, and transport providers adapt their own accounts and ticketing systems, the capabilities of the arevo platform are likely to expand.

MaaS in Other Parts of the World

Mobility as a Service has been implemented across several cities and countries around the world.

Whim in Finland was the founding app which implemented MaaS. Whim provides route options to users according to their preferences and allows them to book tickets and reserve services through the app. Users are able to pay per ride or pay a monthly subscription which reduces the cost per booking.

The services which Whim coordinates include public transport, city bike, taxi, car rental and will soon include car share.

In Denver, Uber recently launched a coordinated service with public transport. Whether this is Mobility as a Service or a marketing tactic to directly compare the convenience of uber against public transport, is up for debate.

Benefits and Dangers of MaaS

One of the main drivers of the MaaS movement is to reduce reliance on private vehicle transport, reduce the rate of car ownership and therefore reduce congestion created by us driving our cars everywhere.

MaaS, when implement holistically, is set to facilitate the first and last mile connections to mass transit/public transport options; to assist people in making that initial journey from home to the train station and from the station to work, school, sport, etc.

The potential danger however is, similar to other marketplace comparison tools, that the MaaS concept could be hijacked by private business to bias particular products and services. There is potential that the increase in start-up style business models will promote the use of single-person transport modes (one person in a car, one person on a scooter etc.), ultimately causing a shift away from the only option that is sustainable for our cities; mass transit, public transport. With fewer people nominating to use public transport, the funding to this service may decrease and thereby reduce the quality of public transport available to the community.

Who’s Being Left Behind?

A good transport system provides options for people; allowing people to choose how they will get around and providing people who otherwise wouldn’t be able to transport themselves the opportunity of mobility and independence.

MaaS, in its current form, is focused on those who are able to walk an ‘average pace’, able to climb steps, to step the divide between the platform and the train, to stand, to climb into a seat, to see a timetable.

If we really want MaaS to be a holistic service, apps such as arevo and Whim should also look to cater to people with limited mobility. The app may ask if the user is using a wheelchair or mobility aid, or travelling with a pram or small children, and give these people priority in a virtual queue.

But of course, for a transport app to be able to cater to these people, our transport system needs to cater to them too. More trains/trams/buses and their platforms/stops will need to be wheelchair accessible, more taxis and private ride sourcing vehicles to be accessible, pedestrian paths and shared paths to be well maintained and more numerous, and for the general public to be more accommodating of children in public spaces and vehicles.

In response, Uber have launched UberWAV (wheelchair accessible-vehicles) in Australia. However, the number of WAV vehicles servicing Melbourne is not known, and the trials of UberWAV have not produced meaningful data and have been criticised by disability organisations [1].

In broadening our transport offering we must not disadvantage the people who need extra assistance or specialised facilities.

Mobility as a Service has the potential to revolutionise transport in Melbourne and around the world, but we must pay attention to potential product bias, and cater to those who might be left out. It’s certainly an area we will watch with great interest. 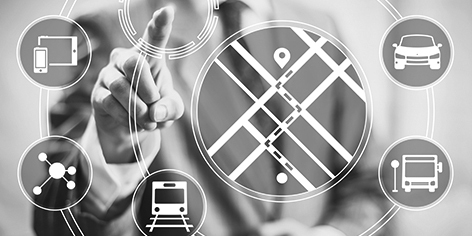