As many of us cleared our desks ahead of the holiday break, Planning Minister Richard Wynne similarly trimmed his to-do list with the gazettal of 32 planning scheme amendments on 21 December.

Among these was Amendment GC76 which redressed a discrepancy where the mandatory height controls set out in the Neighbourhood Residential Zone (NRZ) and General Residential Zone (GRZ) were less than a previously approved Design and Development Overlay in some planning schemes.

Quickly recognised by the planning profession and land owners at the time, a subsequent review by the Department of Environment, Land, Water, and Planning (DELWP) identified 20 planning schemes where the existing overlay allowed a height greater than the GRZ mandatory maximum. For example, DD011 at Banyule Council allowed for a buildings up to 13 metres in height in parts of the Ivanhoe Activity Centre, however the zone provision overrode the design and development overlay, reducing achievable heights in the affected areas.

The Ministerial amendment restores the development opportunities to property owners by amending schedules to the GRZ in the Banyule, Frankston, Kingston, Knox, Maroondah, Moreland, and Whittlesea planning schemes to align heights with the existing overlay control.

The councils included in the amendment agreed to the proposed changes following consultation with the department. The 13 remaining affected planning schemes will be amended in a later amendment once outstanding issues raised by councils during the consultation are resolved.

The review also identified four planning schemes – Manningham, Moreland, Nillumbik, and Yarra Ranges – where the schedule to the Neighbourhood Residential Zone included now redundant measures, such as including a 9-metre building height in response to the former 8-metre maximum, exemptions for flood prone land, or a different maximum number of dwellings (where the now removed two dwelling limit previously applied).

If you are interested in how this amendment may have affected your property, we recommend that you get in touch with your existing contact at ratio: to find out how this could affect you.

ratio: will send further updates on this process as information becomes available. Sign up to our newsletter to stay informed. 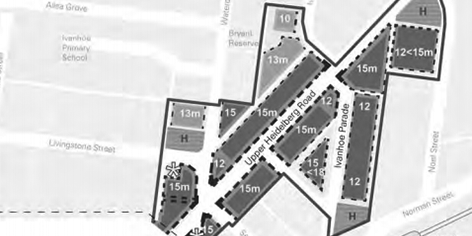