Melbourne is undergoing rapid change and rebalancing, with the Western Region set to accommodate 18% of forecast population growth between 2013 and 2030. The need and potential for employment, investment and development in Melbourne's west, one of the fastest growing urban areas in Australia, cannot be overlooked, or under-estimated. Plan Melbourne 2017-2050 recognises a number of places as Major Activity Centres in the inner west of Melbourne, such as the Sunshine and Footscray Metropolitan Activity Centres and the Maribyrnong-Highpoint [1] Major Activity Centre.

Plan Melbourne identifies the Maribyrnong and Highpoint Major Activity Centre (MAC) within the Central Subregion. Located approximately 10 kilometres from the CBD, it contains a predominance of older light industrial and commercial land. Most significantly, the broader activity centre includes Highpoint Shopping Centre with almost 154,000 square metres of retail floor space. The Centre benefits from good access by road and is located on two major tram routes connecting Footscray and the city.

Following the preparation of Highpoint Activity Centre Structure Plan 2008 and the Northern Maribyrnong Integrated Transport Strategy, the Highpoint Planning and Urban Design Framework were prepared in September 2015. The Framework provided land use and built form guidance for the Highpoint Major Activity Centre, including large-scale rezoning and built form directions for medium to high density mixed-use development.

Broadly, the HPUDF seeks to:

Since the gazettal of Amendment C135, there have been three major mixed-use developments approved within the Highpoint Major Activity Centre, including:

Interestingly, two of the above-mentioned approved developments (19-21 White Street and 7 Sloane Street) included an overall height that exceeded the limit set out in the HPUDF and DDO12. The proposal at 19-21 White Street exceeded the height limit by 2 storeys and was supported by the Council due to the incorporation of the following positive design features:

The rezoning of land and incorporation of a number of DDO’s for the Maribyrnong-Highpoint MAC has already resulted in a degree of transformational change to the Centre. Further approvals and development with the MAC will help to realise the vision for this area and build upon its locational advantages of good access to existing retail and public transport services.

If you would like to find out more about how this may affect your project, please get in touch with Chun Guo or your existing contact at ratio: 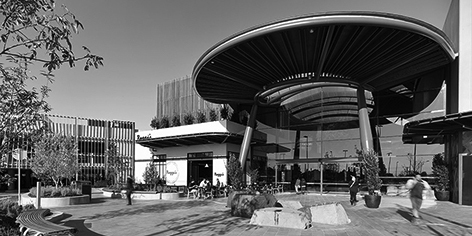