If you haven’t seen it in the news recently, you might have tripped over, walked around or even underneath one of these big yellow o-bikes in the inner-city streets of Melbourne.

The bikes are Melbourne’s newest sharing system with bright yellow bicycles popping up all over the streets, being parked in odd-spots, taking over bike racks, street corners and pushed over in the most awkward of public spaces.

The yellow bikes have raised a lot of questions for Melbourne City Council and are potentially facing extermination if management of bike parking and maintenance is not improved fast.

Given the current situation in Melbourne, we’ve taken a look at how these bike-sharing services are run in other countries along with updates that are rolling out in China to see what we could learn from new regulations that can potentially help oBike succeed here in Melbourne.

Keys to success for oBike:

Working with the local government:

Putting the responsibility on the user:

Maintenance / saturation of the market:

Done well, the bike sharing scheme can mean a great deal for Melbourne and has a number of benefits. In addition to reducing traffic congestion, encouraging bike-sharing would contribute to a much greener city, improve air quality and accelerate plans for new sustainable developments like the Nightingale Project and similar. 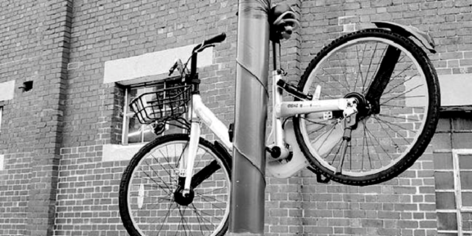