Interim Mandatory Heights have approved for Ivanhoe and Moonee Ponds Activity Centres – other ACs, including Johnston Street, Coburg and Brunswick, may follow.

The Government has commenced rolling out interim mandatory height controls as part of the Activity Centre Pilot Program (ACPP), which was originally announced by Planning Minister Richard Wynne last year.  The Program aims to respond to concerns from certain Council’s and sections of the community that discretionary height controls in activity centres are consistently being exceeded.

In Ivanhoe, the discretionary building height controls within Design and Development Overlay, Schedule 11 (DDO11) which covers the Ivanhoe Activity Centre were converted to mandatory maximum heights via Banyule Amendment C122 on 9 November 2017. The mandatory heights have been introduced on an interim basis and will expire on 30 September 2018.

This follows the gazettal of Moonee Valley Amendment C183 last month which converted the discretionary building heights in the Moonee Ponds Activity Centre to mandatory maximum heights (also to expire on 30 September 2018).

Notably, the interim controls do not include any transitional provisions so any live application which is currently “in the system” (either with Council or VCAT) will be subject to the mandatory height limits.

The Explanatory Report for Banyule Amendment C122 released by Minister Wynne states that the ACPP will investigate how planning controls can be improved to give greater certainty to the community, and reflect the strategic planning undertaken by Council.

It is understood the interim controls do not mean that these Activity Centres will maintain mandatory controls in the longer run.  Rather, at this stage the intention is to prohibit development which exceeds the current preferred height limits while providing time for Councils to work with DELWP to develop more tailored and sophisticated planning controls designed to achieve the development outcomes detailed in Council’s strategic framework.

The DDO11 that applies in Ivanhoe Activity Centre was only recently introduced in 2015 following the regular due process, including community exhibition and independent review by Panel. The Council did not pursue mandatory height controls at this time.  This calls into question the level of rigour for Banyule Amendment C122, and whether there is strategic justification for translating the preferred heights to mandatory heights. Whilst the mandatory heights are only for an interim period, the lack of transitional provisions effectively signals a vote of no confidence in the recently introduced DDO11 by invalidating applications which were lodged "in good faith" under those controls.

In Moonee Ponds, it is understood the pilot controls (to be released before the interim controls expire) will include floor area ratios and uplift provisions –  trading the provision of “community benefit” for increased building height or floor area.  Whilst this type of approach to managing building height has been applied to Central City locations like the CBD and Fishermans Bend, the Program seeks to now “pilot” the application of these controls in a suburban context.

At this stage, it is not known what controls will be piloted in the Ivanhoe Activity Centre.

We are informed by DELWP that inclusion in the ACPP is by invitation from the Minister or self-nomination by Council. With respect to other Activity Centres, we are informed that:

If you own land or have interest in a future development site in any of these activity centres, we recommend that you get in touch with your existing contact at Ratio to find out how this could affect you.

ratio: will send further updates regarding the ACPP as information becomes available. 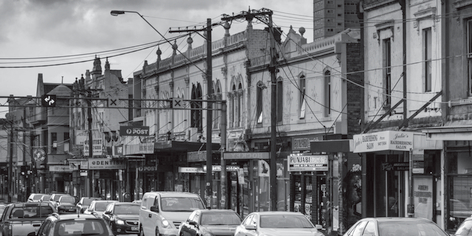 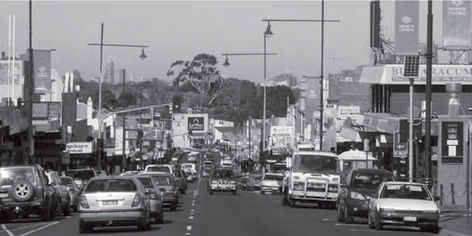