The long awaited controls for the Bridge Road and Victoria Street Activity Centres have now been gazetted by the Planning Minister as part of Amendments C248 and C249 respectively.

The new interim controls (with ‘sunset’ date of 1 October 2020) are underpinned by a vision of promoting a mid-rise scale of development whilst also ensuring new built form is tempered to respond to the heritage streetscapes and adjacent low rise residential land.

The new controls seek to respect the heritage values of Bridge Road and maintain a prominent street wall character, and to this end street wall heights are prescribed between 8m to 15m. For sites of individual significance or forming part of an identified heritage pocket, the street wall controls are mandatory.

Above the street wall, the prescribed upper level setbacks are derived using a formula approach and view angles that are measured from the footpath on the opposite side of the road. Generally, the upper levels are required to be setback a minimum of 3 metres, and this increases to 6 metres and beyond depending on the heritage value of the property.

Victoria Street – Schedule 22 to the Design and Development Overlay

Maximum building height controls vary between 11m and 34m, some of which are mandatory due to heritage and residential interface considerations.

Similar to Bridge Road, the DDO22 seeks to respect the heritage values of the centre and containing the height of development at the street edge. The street wall heights are prescribed between 5m to 15m, with no scope for variation on sites of higher heritage significance.

The same approach has also been taken with the upper levels setbacks as within Bridge Road, whereby the prescribed upper level setbacks are derived from an occupancy percentage of the vertical angle when viewed from the opposite side of the street.

Additionally, the DDO’s in both centres feature controls that address:

The building separation controls are particularly noteworthy as they call for upper level setbacks of 3m or 4.5m to common boundaries, depending on whether there is a balcony or habitable room window on the adjacent site. The upper levels that exceed 21 metres are required to be setback further. It's anticipated this requirement will present difficulties especially noting the fine grain subdivision pattern of these streetscapes.

What is notably absent from these two DDO’s is the recent Bridge Road – Victoria Street Built Form Framework (June 2018), which is not listed as a reference document and neither is any structure plan.

It is understood the Minister is set to gazette the interim controls for Swan Street this coming Thursday, 22 November 2018. Watch this space!

Should you wish to discuss the above controls and how these may affect you, please get in touch with Robbie McKenzie or Claire Helfer. 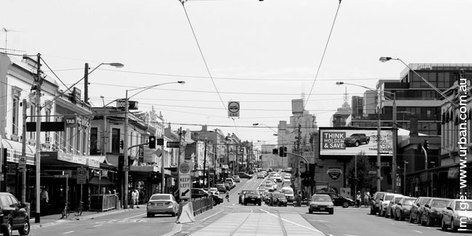