Industrial zoned areas are experiencing pressure from a number of emerging land uses. Many councils have already undertaken reviews of existing industrial land zonings to help facilitate a broader range of employment generating uses. Given the likely demand for industrial land by co-locating industries in the future and the need to ensure our industrial areas remain internationally competitive, is there a need for a similar state level review to Industrial Zones as we have seen with the introduction of the CZ3 for Commercial Zones?

The introduction of the zone follows on from the State Government’s release of the Unlocking Enterprise in a Changing Economy policy paper in September 2018 which seeks to position Victoria as a world leader that attracts and retains creative talent and supports ‘Enterprise Precincts’.

The primary function of the zone is to encourage mixed use employment areas which support emerging clusters of creative and technology jobs through relaxing controls for preferred uses. When compared to a traditional commercial zone, the C3Z allows for a broader suite of uses either ‘as of right’ or on a ‘discretionary’ basis. These include some form of industries, as of right food and drink premises and in some circumstances dwellings. While accommodation is permitted the CZ3 not considered a residential zone (unlike, for example, the MUZ) and the focus /”balance of power” from an amenity perspective lies with the commercial uses.

Essentially, the shift in thinking is a step forward in challenging traditional zoning principles, borne out of the Industrial Revolution, which sought to separate core land use activities. It acknowledges the need for planning zones and policies to respond to changes in societal demands and the shift towards a knowledge economy.

We recently published an article on the introduction of the Commercial 3 Zone throughout a number of inner-city locations in Melbourne, including Cremorne – our new home.

Like many of the areas being rezoned as CZ3 in areas such as Collingwood, Fitzroy and Cremorne, Industrial zoned areas are undergoing similar pressures from a number of emerging land uses including workshops and creative studios. Many of these land uses are either discouraged by Council because they do not accord with broader land use strategies and/or are simply prohibited under strict zoning controls. While recent changes to the Industrial 3 Zone (such as allowing supermarkets of up to 1800sqm as of right) have allowed for greater flexibility in land uses for some industrial zoned land, the Industrial 1 Zone remains very restrictive and is reflective of zoning that seeks to separate core land use activities.

Many councils including Moreland, Yarra and Maribyrnong have already undertaken reviews of existing industrial land zonings to help facilitate a broader range of employment generating uses, including a mix of industry and office-based uses and other compatible employment uses.  Examples of how these have been sought to be achieved include the Moreland Industrial Land Strategy 2016. A fundamental component of the strategy is to identify ‘employment areas’ within existing industrial land and to include appropriate local policy and in some cases recommendations for land rezoning to facilitate this.

One such business typology which is emerging in Industrial Zones is Craft Brewing with bars or ‘tasting areas’ as secondary components of breweries. A number of these include additional retailing offerings such as food trucks and service of meals on site. The main drive behind this is the cost-effective business model to have production and consumption on the same site. In addition to cheaper rents and a juxtaposition of activity, industrial areas generally offer a buffer from residential areas, significantly reducing the possibility of amenity conflicts occurring. Other key benefits of locating in industrial areas include provision of more space, easier parking and loading options and greater accessibility for customers, particularly on weekends when there are less workers in the area.

While there is rarely an issue with the manufacturing component of the craft brewery being located in industrial areas (in this instance the food and drink production is as of right under the zone), there is often concern from planning authorities regarding the retail or ‘bar’ component of the business. This is because these uses in isolation are generally prohibited. As a result, applicants need to be able to justify how the ‘bar’ or ‘tasting’ component of the brewery is ancillary.  In doing so, they often compromise the important elements of the brewery including capacity/hours to enable the bar component to fall under the definition of ‘ancillary’. These compromises and the lack of certainty they create can often deter new small operators. Other examples where this may occur include a café associated with a Coffee Roaster, a cafe associated with a larger scale bakery or a workshop with an attached small-scale furniture outlet.

Do We Need Another Review to Future-proof Our Emerging Industries?

It could be argued that the whole purpose of the Commercial 3 Zone is to provide space for these types of co-locating land uses to establish.  The question is whether the rezoned areas such as Cremorne will provide sufficient land supply for these uses into the future.

There is a view that the current controls for Industrial zoned land restrict inappropriate or incompatible land uses from establishing. While there are obvious and necessary economic and land use benefits in protecting existing core industrial land the craft brewery example above raises the question of whether industrial zoning controls are too restrictive to deal with emerging industries and traditionally ‘conflicting’ land use combinations.

However, if we allow more flexibility into the industrial zones for co-locating uses to occur, how do we also ensure land prices stay low enough for the core uses to remain the primary presence in industrial areas? Another consideration is whether greater flexibility is likely to result in an increase in complaints regarding the operation of these uses and vice-versa on the established core uses in the zone. If so, how could these be best managed, and would prescriptive controls assist in reducing these conflicts.

Despite these questions, given the likely demand for industrial land by co-locating industries in the future and the need to ensure our industrial areas remain internationally competitive, is there a need for a similar state level review to Industrial Zones as we have seen with the introduction of the CZ3 for Commercial Zones? If a review is to occur, it needs to be evidence based with strong economic review to ensure the future sustainability of our industrial land supply and protection of core activities. 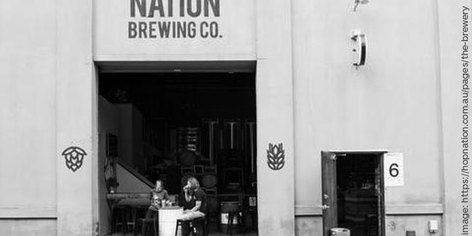