Amendment C223 to the Stonnington Planning Scheme – a case in point

The process of planning scheme Amendments being considered by Independent Panel’s when opposing submissions are received or there are disagreements is a good one, and enables independent review by qualified and learned people.

However, unlike VCAT, a Panel’s report only needs to be ‘considered’ by the Responsible Authority for the Amendment (usually a Council, but sometimes the Minister).

When a Panel comprehensively deals with issues, based on submissions and evidence, and makes clear recommendations, it is somewhat bewildering when those recommendations are blatantly ignored.

It begs the question – why bother?

As consultants, we do not always agree with the Panel’s recommendations.  But you have to respect the umpire’s decision – don’t you?

Another recent example is Amendment C223 to the Stonnington Planning Scheme involving the ‘Glenferrie Road and High Street Major Activity Centre’.  A hotly contested issue before the Panel was what setback should be applied for upper levels above the podium / street walls.  Notably:

Having considered all relevant matters, the Panel ultimately concluded that a discretionary 5 metre setback would appropriately diminish the visual scale of upper level additions to respect the existing heritage precinct, while enabling growth in a Major Activity Centre.  The Panel concluded that applying an 8-10 metre setback:

The Council did not accept this, and instead sought to impose an 8 metre discretionary setback requirement.

Some comfort can be taken from the discretionary nature of the provision, so kudos to Council Officers where it is due.  But we all know how discretionary provisions tend to be applied at Council level, and the justification subsequently given by Council Officers to reject the 5 metre Panel recommendation was at best misguided, and at worst misleading.

Perhaps the bigger issue is whether Independent Panels should remain ‘toothless tigers’, or whether more statutory weight should be given to their recommendations.

If you require any assistance with matters of this nature please contact David Crowder or your existing contact at ratio: 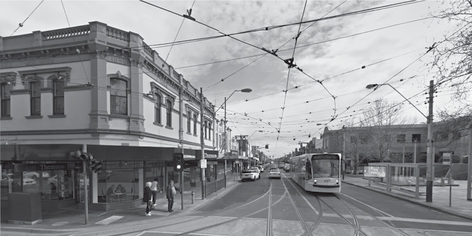