After years of ‘politicking’ around development in the Carnegie and Bentleigh Activity Centres, Amendment C184 to the Glen Eira Planning Scheme has finally come onto public exhibition, seeking permanent controls for these areas. As indicated by the background documents, there’s a heavy reliance on mandatory height controls and, where discretionary height controls are proposed, mandatory overshadowing protection controls are proposed, effectively limiting building heights.

Council first applied to the Minister for interim controls for these centres in 2016. These amendments, approved directly by the Minister, introduced Design and Development Overlays (DDO) which contained a mixture of mandatory and discretionary height controls (3-5 storeys for Bentleigh and 4-7 storeys for Carnegie). They were gazetted in April 2017 with a 12 month expiry date to enable Council to undertake a more traditional strategic process.

Changes to these provisions were made in mid-2018 which replaced the interim DDOs with new ones that also covered residentially zoned land within the activity centres. These DDOs introduced mandatory height controls to both activity centres, with Bentleigh ranging between 2-5 storeys and Carnegie ranging between 2-12 storeys. Three precincts within the Carnegie activity centre had preferred heights, which could be increased up to the mandatory height controls (i.e. “uplift”), provided they achieved significant community benefit (amongst other matters). These DDOs were due to expire at the end of 2019, but were extended until 31 March 2021.

Council first considered Amendment C184 to introduce the permanent controls at a Council meeting on 18 December 2018. The DDOs proposed in this Amendment were largely consistent with the interim DDOs, with mandatory building heights and a requirement for significant community benefit for uplift (for those sites with a preferred and mandatory building height). We understand that the intervening 1.5 years has been occupied with negotiations between Council and DELWP regarding the need for the amendment to better align with the strategic intent of Plan Melbourne 2017-2050.

So… here we are… four years on, with quite a bit of water under the skyrail until the permanent controls are resolved. Don’t forget that since this process commenced, the Government announced the Koornang Road crossing removal, rebuilt Carnegie Station and completed the elevated skyrail, with public open space and bike paths underneath.

The lowdown on the exhibited version of Amendment C184 is as follows:

It’s pleasing that the structure planning process is finally at the stage where the permanent controls are being considered as it enables greater certainty and confidence with land in these centres. Unfortunately, contrary to PPN60, there’s a high reliance on mandatory controls within both centres and, where discretionary controls are included, the requirement for mandatory overshadowing protection to public open space will effectively reduce development potential.

Access to sunlight of public spaces is a hot topic in Victoria at present and is understandably so given the increasing densification of our cities and the growing importance of shared public spaces. However, it remains to be seen whether the necessary strategic review has been undertaken as to the role and value of various public spaces, their existing amenity and how existing ovewrshadowing might influence development on the periphery. Of course, mandatory controls remove the capacity to achieve such a nuanced and considered approach.

Our readers will be unsurprised that we are concerned about the reliance on mandatory controls when performance-based planning is a key tenet of the Victorian Planning System. Planning Practice Notes 59 and 60 recognise that discretionary planning controls allow for the balanced merits-based assessment of planning applications, facilitate organic growth and innovation and can accommodate unforeseen uses and development. ratio: continues to advocate that discretionary heights enable variation in built form, while also ensuring that design objectives can be met, in preference to mandatory height controls.

Council can receive submissions in relation to this amendment until 27 August 2020. If you have a site within either centre and want to understand how the amendment might impact your land, please speak with your usual contact at ratio:. 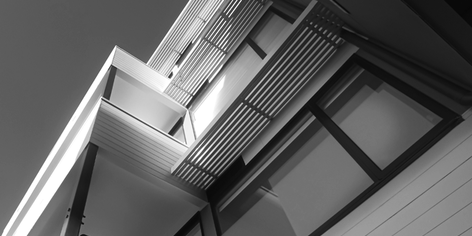