The Urban Development Institute of Australia (UDIA) released its assessment of land supply for residential development in the Geelong region. The report reaffirmed that Geelong is one of the fastest growing regions in Victoria and its popularity as a destination city is creating a housing boom.

The increased demand for housing in the Geelong region in the last 1-2 years comes partly off the back of the COVID-19 pandemic and seen house prices skyrocket. This increase in price is partially due to the deeper pockets of Melbourne buyers and the inability of housing supply to keep pace with buyer demand.

The increase in house prices within the Geelong region has severely impacted those seeking to enter the housing market. These soaring prices coupled with increased demand indicate that the region is due to face a housing shortage in the immediate future. This begs the question: have the City of Greater Geelong’s housing/development strategies sufficiently tackled the issue of housing affordability?

In Ratio’s opinion, the answer is ‘not yet’.

UDIA’s analysis shows Geelong has experienced a population growth of 2.6% for the 5 years between 2015 to 2020, with greenfield estate lot sales for the 12 months to June 2021 suggesting an accelerated growth rate equivalent to 3.0%. The UDIA analysis also shows that, at current demand rates, land supply in active greenfield estates will be exhausted within 2-3 years and makes clear recommendations that direct action and fast-tracked planning processes are needed to release additional land supply.

Ratio has previously queried whether the proposed planning controls centring around the Draft Central Geelong Framework Plan were too restrictive and not sufficiently flexible to support the uplift required to spur on development in the region and cater to its growth. The UDIA modelling further emphasises these questions noting that the “upside” and “optimistic” demand scenarios within Draft Central Geelong Framework Plan adopt the Scenario D population growth from the Settlement Strategy.

Ratio has also noted that the final Interim Urban Design Framework for Pakington Street and Gordon Avenue from earlier this month  has adopted similar planning controls to the Draft Central Geelong Framework Plan and includes reduced building heights in some areas and on key sites as compared to the March 2020 draft framework.

Certainly, it’s a positive step that the municipality has identified the need for change and the Council has commenced relevant steps to meet the demands of its residents. However, in the ever-evolving landscape of a post-COVID-19 environment, it is clear that further actions should be taken to adequately address the demand for new housing.

There are several ways this demand could be addressed. As per the recommendations of the UDIA report, the Geelong should seek to facilitate development within already zoned greenfield areas and fast track PSP’s within future identified growth corridors, where there is reasonably opportunity. The Municipality could also reconsider its position on the development of land within established areas to allow for higher density structures and greater development flexibility.

These measures would create more housing opportunities, directly responding to the supply deficit and assisting to lower house prices, ensuring that buyers of all demographics are catered to.  In Ratio’s opinion, the UDIA report demonstrates that a radical approach is required to increase the housing supply in Greater Geelong and proactive steps need to be taken to ensure that a 15-year supply of land is being provided to its residents.

Should you have any questions regarding the recent UDIA report or around development opportunities within the Geelong region, contact Henry Johnstone, Aaron Walley or your regular Ratio contact. 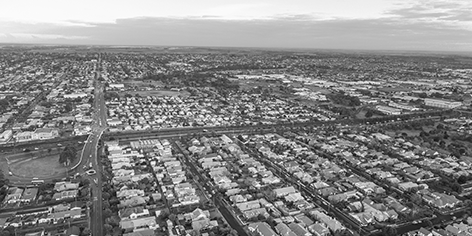