Last week the Tribunal issued a “red-dot” decision, which considered whether you could amend the garden area of an existing permit, issued prior to Amendment VC110, which introduced the mandatory garden area requirements (gazetted on 27 March 2017).

In the decision Owen v Boroondara [2021], Senior Member Rickards considered a question of law for an amendment to a multi-dwelling development which sought to reduce the total garden area provision from 25.25% to 21.27%. The current garden area requirement would be 35% of the site area. Member Rickards relied on the decision in Alkero Developments Pty Ltd v Stonnington [2018] and determined that the minimum garden area provisions of the scheme cannot be varied in an application to amend a permit, despite whether or not it had the benefit or accrued rights. Specifically, Senior Member Reckards concluded the following in terms of the question of law:

Previously, it was considered that an application to amend the garden area of a permit approved prior to the gazettal of Amendment VC110 was allowable and could be applied for. However, this recent decision states that this is not the case and the garden area provision must remain the same as originally approved.

Interestingly, the above decision concluded that any accrued right does not allow for a slight variation despite whether it being an increase or a decrease. For example, if an amendment application was lodged to provide additional garden area, this amendment could not be considered by Council or the Tribunal despite the original permit being granted prior to the gazettal of Amendment VC110.

The above decision has been made in contrast to the view formed in Caydon High Street Development Pty Ltd v Darebin City Council [2017], where Member Cook previously determined that the Tribunal has the power to amend a permit where accrued rights were afforded by the permit before them. Whilst this decision was in relation to building height, the same principles could previously be applied in terms of accrued rights and garden area.

This red-dot decision is relevant to current permit holders who may be seeking to make changes to their previously approved plans, noting that they must now retain the same garden area calculation despite having applicable accrued rights.

If you’ve got any questions regarding the above or an existing permit with accrued rights, get in touch with your regular ratio: contact. 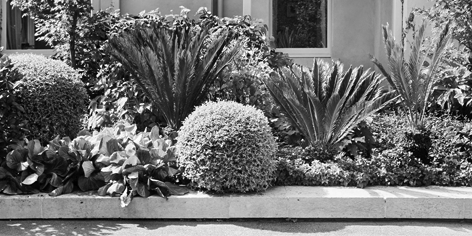