The State Government has released the new draft Fishermans Bend Framework and proposed draft planning scheme amendment controls to guide the long-term development of the Fishermans Bend urban renewal area until 2050. The new provisions are proposed to replace the existing interim design guidelines and controls.

As an extension to Southbank and Docklands, Fishermans Bend has an area of approximately 480 hectares which is more than twice the size of the current Melbourne CBD and is Australia’s largest urban renewal site.

It is intended that Fishermans Bend will support the growth of Melbourne by accommodating 80,000 residents and 80,000 jobs by 2050. In relation to residential development the precinct has so far seen only 6 per cent (approx.) of total approved dwellings constructed (Based on 7, 870 dwelling approvals) since it was re-zoned to the Capital City Zone in 2012.

The vision of the document is based around eight sustainability oriented goals and includes the following key initiatives and controls.

The key elements of the revised framework plan are summarised below

1. Public Transport– The framework has a strong focus on public transport and walking/cycling, with a target that 80 per cent of trips will be made by sustainable transport. Projects identified include the expansion of the CBD tram network and three potential new metro stations. Car parking rates for new development will be capped at 0.5 cars per dwelling and one car per 100m2 for employment uses to encourage alternate transportation.

2. Floor Area Ratio (FAR) – FAR controls are proposed for both residential and commercial floor space with the aim to cap projected population densities within each precinct and to maximise the provision of commercial floor space to facilitate a mixed-use renewal area where jobs and homes are within convenient proximity.

The FAR controls are calculated by dividing the total floor area of a building by the total site area.

The FAR controls vary for each precinct and the framework outlines minimum commercial floor area requirements for the core areas of the Wirraway, Sandridge, Montague and Lorimer precincts.

The FAR controls are intended to be mandatory for residential development unless an agreed public benefit is provided via a floor uplift scheme. The FAR can be exceeded in the ‘core’ areas if additional commercial floor area is provided.

It is understood that within the core areas FAU can be achieved through the provision of additional commercial floor space.

4. Height and Setback Controls - The strategy proposes to retain mandatory 4 storey height controls along the lower scale interfaces with South Melbourne and Port Melbourne and proposes otherwise discretionary height controls ranging from between 4 and 24 storeys. An ‘unlimited’ height area is nominated to include central locations of the Lorimer and Sandridge precincts.

5. Affordable Housing and Diversity - At least 6 per cent of all housing in Fishermens bend is envisaged to be affordable for low to moderate income households.

Affordable housing is intended to be delivered by a combination of mechanisms including the Floor Area Uplift mechanism, via public private partnerships, government owned sites and potential cash in lieu contributions.

The strategy also outlines specific targets for housing diversity by requiring a percentage of housing in each precinct to include three bedroom dwellings with large living areas.

6. Employment - The proposed commercial FAR controls proposed for the Capital City zoned precincts of Wirraway, Sandridge, Montague and Lorimer is intended to facilitate the provision of 40,000 jobs. The further 40,000 jobs are intended to be provided within the nominated employment precinct, including the redevelopment of the former General Motors Holden site.

7. Community Facilities and Public Open Space – The aspirational target is for people to have access to public open space within 200 metres of their home. Designated public open spaces are nominated and the framework seeks to introduce overshadowing controls to protect parkland.

Within the Wirraway and Sandridge precincts it is intended that 30 per cent of site areas are dedicated to communal open space.

The framework also nominates proposed locations for the provision of education and recreation facilities within each precinct.

8. Environmental Sustainability - Environmentally sustainable development targets include a requirement that new buildings achieve a minimum 4-star Green Star rating and provide water storage and re-use. The target is for 50 per cent tree canopy planting in public spaces by 2050 and zero net greenhouse gas emissions by 2050.

The draft plan and planning controls have been released for public consultation until 15 December 2017.

An independent planning review panel has been established to consider and hear submissions during February 2018.

Precinct plans will also be released in mid-2018 for further public consultation which will reflect the finer grain detail for each of the precincts and provide further detail on their implementation.

Whilst the draft framework includes a number of positive land use and development aspirations for the Fishermens Bend urban renewal area, the finer grain detail of how the vision will be realised will ultimately be critical to its success particularly in relation to the provision of community facilities and infrastructure.

Should you require any further information in relation to how the new controls may affect your land or assistance in preparing a submission in relation to the draft Framework and planning controls please contact the ratio: office. 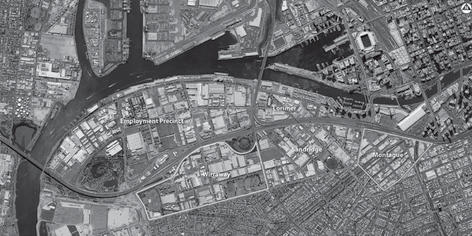