The Minister’s announcement includes an overview of the big ticket items to be delivered throughout the precinct, of particular note are the following:

Whilst the documentation is being gradually released, Amendment GC81 has provided a suite of Planning Controls within the Melbourne and Port Phillip Planning Schemes. The revised controls are broadly consistent with the prior interim controls, but with adjustments to reflect the more focussed nature of the Framework.

Significantly, in terms of the management of height, the Minister’s Framework is noticeably more responsive to the wider environment than Matthew Guy’s initial inclusion in the Capital City Zone. The revised Framework focuses taller development away from established residential areas of lower scale and density, with higher built form to be primarily located next to the substantial road network along the northern boundary of the site, and adjacent to existing higher density development within the Docklands area.

Much needed infrastructure including the provision of a range of open space areas, educational facilities, employment, and the creation of a network of sustainable transportation routes have been reaffirmed. The Framework will also seek to address the previous lack of value capture through a detailed Infrastructure Contributions Plan, allowing one of the Nation’s largest Urban Renewal precincts to be developed in a sustainable and considered manner. However, a particular criticism of the release focuses on the lack of clarity around the future ICP in terms of content, timing and responsibility.

It is also important to note the specific intent of the Framework (and accompanying controls) includes a non-mandatory requirement for the provision of an affordable housing component (6% of all dwellings). The Framework also encourages the provision of social housing throughout, giving developers an opportunity to exceed the density requirements when provided.

As a result of providing such detailed controls, the Framework enables greater consistency with the directions of the Planning Policy Framework, and is respectful of the need to provide for comprehensive redevelopment providing for a combination of uses within an appropriately interlinked hierarchy of built form.

Whilst the Framework gives more certainty to land owners about what can be achieved, there is still more work to be done regarding the delivery of infrastructure and this uncertainty is expected to roll on until mid-2019.

There are currently a number of applications which were submitted under the old planning framework which were called in by the Minister, and which are impacted by the newly introduced controls/policies. These applications are currently under consideration by an Advisory Committee who will be assessing them against the new controls, as there are no transitional provisions.

The full Framework document can be found here.

For Town Planning advice on how the revised controls may impact on your land feel free to contact James D'Arcy or Brian Minogue or your existing contact at Ratio. 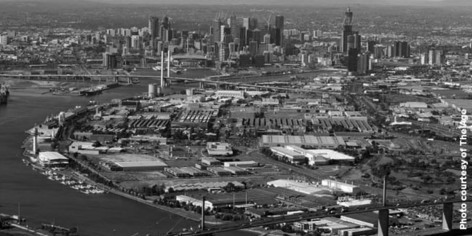