Last night’s federal budget is largely seen as an election budget with something for most. Beneath the mist of the budget’s return to surplus and the range of tax cuts, some of the key industry-related announcements include infrastructure investment with $6.2 billion committed to Victorian projects and a recommitment of $1.7 billion for affordable housing.

Media outlets are widely reporting the budget as a gift horse for most Australians, with previous accusations of Victoria being left behind somewhat put to bed. In relation to infrastructure, the 19/20 budget will seek to proportionally spread its $23 billion spends on transport Infrastructure across its states and territories. Victoria is set to receive just over 27% of the infrastructure spending. With Victoria’s population accounting for 25% of the nation’s population, this could be seen as a win for Victoria.

Where is the money going?

The range of infrastructure projects in Victoria to receive funding are shown in the image on the right.

The need to improve accessibility to regional centres such as Geelong has long been a target of numerous past planning strategies and this significant investment will surely bolster Geelong’s ability to truly become Victoria’s second major city.

But, will the fast-rail service simply become a means for people to live in Geelong and commute to Melbourne for work?  The provision of more employment in Geelong beforethe fast rail infrastructure is in place will help to temper this outcome. The drive to push employment towards Geelong and ease pressure on Melbourne has already seen the likes of TAC, Worksafe and NDIS relocate from the metropolitan area and with Canberra based Comcare potentially next to relocate. There appears to be a real drive from the Federal Government to increase employment within our regions through decentralisation of government bodies.

Geelong also picks up $184 million as part of the city deals which seeks to prioritise increased access to jobs, services and affordable housing, and stimulating economic activity through infrastructure and innovation. The budget also focuses on easing population pressures in major cities such as Melbourne, while ensuring that regions including Geelong share the benefits of population growth. These initiatives build on the Government’s decision to reduce the migration cap whilst allowing regional centres such as Geelong to continue to attract skilled migrants.

Geelong hasn’t been immune to the recent slump in house prices though it would appear that there will be increased demand for development across all sectors should the Federal Government’s spending, immigration and decentralisation initiatives continue to drive growth within the region.

The announcement is a great thing for Geelong and will boost its upward trajectory. Promoting growth in other Victorian regions through fast rail connections is also on the cards. A fast rail to Greater Shepparton is already being investigated by the Commonwealth and it was announced to be soon joined by studies into fast rail connections between Melbourne and Traralgon as well as Albury=Wodonga. A National Faster Rail Agency will be established to coordinate these studies across the country and we will watch this space with great interest.

Is the funding for commuter car parks a short-sighted fix to a long-term problem?

The announced $68 million towards more commuter car parks in Victoria to ‘bust congestion’ is a lot of money to spend. On the face of it, it may appear to be sound spending policy because more parking for commuters means more people in public transport, which is good right?  But the fact is, it still requires people to drive to the station and overlooks other opportunities for getting far more people onto public transport for the same spend and like building roads to relieve congestion, the provision of commuter parking creates its own demand and so increases the problem instead of solving it.

Building car parks around our train stations are hugely expensive to build and maintain, uses up highly valuable real estate in our best locations and results in more cars and congestion on the roads around these stations. And what do we get for the $68M spent on commuter car parks in Victoria?  Just 1,500 or so car parking spaces according to the announcements. That’s in the order of $40,000 per parking space to achieve just one or two more passengers on our rail network. Is this a smart spend of public money?

It is more economical and efficient for passengers to arrive to a railway station by mass transit, specifically feeder buses. And if you look at other cities around the world and how their population travels to their rail systems, Melbourne is lagging far behind.

Comparing Melbourne with Toronto for instance, where residents reside in similar proximity to trains stations as Melburnians - 76% of their public transport passengers arrive at the station by feeder bus or tram, compared with just 10% of Melbourne’s passengers. Just 3% of passengers in Toronto arrive by car compared to Melbourne’s 20%. This highlights the opportunity for Melbourne to increase ridership in trains by instead investing in higher quality, higher frequency feeder buses.

An investment in feeder buses to our railway stations, with high frequency, bus priority on roads and coordination with rail timetabling using smart technology would provide far greater bang for the buck than building car parks and would provide a far greater opportunity to keep Melbourne moving. Perhaps this option was seen as a harder sell than the quick-fix car park funding, which is a shame.

Whilst the range of tax cuts proposed and infrastructure improvements will seek to increase everyday disposable income and assist with rising living costs including housing affordability, the recommitment of $1.7 billion to affordable housing as part of the 19/20 budget fails to go beyond the minimum and tackle what Treasurer Josh Frydenberg coined as a priority for his government. The budget papers released contain limited new policies addressing the issue. Having recently completed our white paper on Housing Affordability, ratio: is particularly disappointed that this budget failed to continue the momentum from previous years and allocate significant new funding to address this important issue.

Overall it would appear that Victorians will get a decent slice of the pie with infrastructure spending being reasonably balanced across the nation. The further spread of spending across road and rail projects and a focus on strategic projects already identified is a positive factor that can hopefully maximise the benefits achieved.

Whilst every budget will include some quick term project announcements to appear attractive to most, it leaves a sour taste that affordable housing got left on the sidelines this time around. This is somewhat offset by the government’s initiatives to encourage regional growth, however the ability to capitalise on the push to our regional centres will be key in ensuring maximum value is achieved. 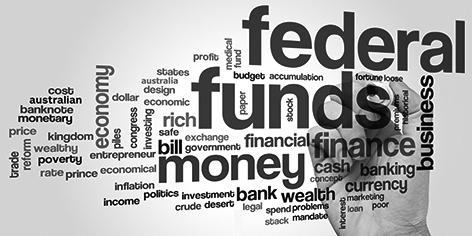 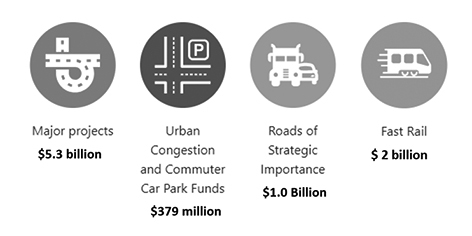