A very good Chinese client of ours recently treated myself (David Crowder - Director ratio:planning) and Robbie McKenzie (Senior Associate ratio:planning) to what could best be described as a ‘study tour’ of different parts of China.

Invariably when overseas you look at things from the perspective of your profession, and so Robbie and I took a keen interest in all things ‘town planning’.

I had no preconceived ideas about what the China experience would reveal.  But my overwhelming impression was that this was a highly organised, disciplined, modern, clean (other than the air), seemingly affluent and sophisticated society.  You can add ‘friendly’ as well.  I’m not so naïve as to think this is the scenario all over the country.  We did get some ‘sneak peeks’ of clearly impoverished areas, and some insight into the ‘class’ structures in the broader society and the implications of this.  But nevertheless, overall I was very impressed.

It was also apparent that everything is done on a ‘mega’ scale.  The scale of cities, housing, roads, freeway systems, underground rail systems, airports, above ground bullet trains and the like is mind boggling.

It occurred to me after my return to Melbourne, as I was sitting on the Monash freeway experiencing worse traffic delays than I experienced even in Shanghai, that the Chinese ‘system’ of government has enabled these massive investments in the infrastructure provision that are required to facilitate the huge populations found in China.

But it was not only the fact that this infrastructure existed.  Following our visit to various second and third tier cities, including the central city of Chengdu, it was apparent that the infrastructure is provided ‘ahead of time’.  By this I mean things like the roads (including huge and wide tree line boulevards, and elevated freeways), housing, and public transport systems are planned and constructed in advance of demand.

Using Chengdu as an example, we were advised this city essentially didn’t exist 20 years ago (other than as an old regional settlement).  Today, it is a thriving sub-provincial city of 10 million people with a bustling commercial centre, underground railway, bullet train, huge residential precincts, and large green parks.

It was apparent that Chengdu has been very well planned.  We were advised the Chinese government sought ‘outside’ assistance in the planning of the city, including a study of other successful cities with qualities that it wanted to emulate and improve upon.  This was very apparent to us – for such a young city it was ‘alive’, functional and seemingly thriving.

Yes, I agree, this is all very well under a government system that enables this sort of pre-planning and funding, and presumably limits third party input or even rights.  I have no detailed understanding of China’s political system, and no intention to comment on it.  However, if it is at one end of the spectrum, then surely our current system is at the opposite end of this.

In Victoria, decisions about what major infrastructure gets built is subject to short-term political opportunism.  Decisions about where commercial and community facilities, and different forms or housing, should be located are also subject to local politics.  In most areas third party rights exist, including the ability to object to (and appeal) even minor town planning applications.

So which system is better?

It would be naïve, and undesirable, to think a China style of governance (as it relates to town planning and major infrastructure provision) would be appropriate in Australia.  But is there the potential for something ‘in the middle’?

Imagine, if you may:

Wishful thinking perhaps, and I’m sure there are other better systems that could achieve the same outcomes.  However, based on my China experience:

There are always things we can learn from how other States or countries do things.  I was very impressed with the ‘end product’ in China insofar as it related to town planning matters.  We can question the nature of their governance and systems, and the restrictions on basic liberties and freedoms that we sometimes take for granted.  But the system ‘delivers’, and their communities and economy benefit from this.

As an aside, I was also blown away by how much ‘greenery’ there is in their cities.  Clearly a very conscious decision has been made to plan, implement and thereafter maintain the vast areas of gardens and vegetation that we saw.  Probably easier to achieve given the low labour costs, and certainly required given the ever apparent air pollution issues – one lasting impression that unfortunately was not so positive. 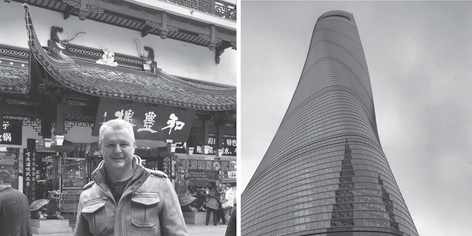 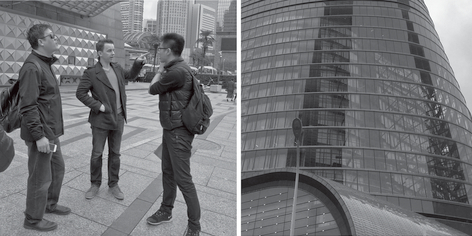