The Minister for Planning approved Amendment C270 to the Melbourne Planning Scheme yesterday, introducing the much discussed and controversial built form controls in the Hoddle grid (CBD) and Southbank.

In approving the amendment, the Minister has had the benefit of the Independent Panel Report following a strongly contested panel hearing which ran for 29 days.  Readers will be aware that significant issues of debate included the concept of the Floor Area Uplift (FAU) and building separation.

So what did the Minster approve?  The Amendment is extensive in its context dealing with a wide range of built form issues. For those interested in reviewing the full amendment documentation - select here

However, the key matters as relevant to many of our clients are as follows:

The built form controls comprise a combination of discretionary and mandatory requirements to enable flexible design outcomes, such as building to one boundary or to a street corner.  The key requirements are as follows:

Tower separation within a site

What did the Panel Report say?

The Minister also released to the public for the first time the Panel Report that considered the amendment.  Given the length of the panel hearing, the spirited and vigorous debate and the relationship with the Better Apartments guidelines, the findings of the Panel are fascinating reading.  For a full transcript of the panel report (select here)

The Panel was certainly complimentary regarding the ‘unparalleled amount of work undertaken in the preparation of this Amendment’ and concluded that the majority of the proposed built form controls will contribute to an enhanced public realm.  Whilst the Panel disagreed that the amendment would result in a ‘one-size fits all’ approach to building design, the hyper-dense applications and approvals within the central city and Southbank highlighted a need to address height through FAR controls.

The Panel, whilst supportive of the initiative to capture public benefits through the FAU scheme, ultimately recommended that the Scheme be abandoned with a workable uplift mechanism to be further investigated (with the potential for broader categories of public benefits) and the potential to lower the trigger from 18:1 as this set a very high trigger.

Ultimately the Minister determined to approve the FAU scheme yesterday as part of the overall gazettal of C270.  The decision of the Minister to disregard this aspect of the Panel’s recommendations was hinted at earlier this week with the approval of 383 LaTrobe Street which exceeded the 18:1 FAR (29:1) on the basis that it provided a public benefit in the form of a new arcade with art installations.

As expected, C270 provides for transitional arrangements for applications in both the DDO10 and the Capital City Zones lodged prior to the gazettal of Amendments C262 and C270.  The transitional arrangements effectively ensure that a permit cannot be granted for buildings and works which do not meet the mandatory Modified Requirements.  It appears that this arrangement also provides flexibility for amending a permit granted prior to the built form controls, on the proviso that the extent of non-compliance is not increased.

What does this all mean?

With the gazettal of the amendment there is now a clear direction regarding issues of equitable development in the central city and Southbank. With a level playing field for all players in the market, we will no doubt see some adjustment as the market responds to the need for greater building separation and the requirements for public benefit over the 18:1 plot ratio.  This may mean that some sites will no longer be seen as developable and most likely result in the need for consolidation of sites to achieve the heights and separation necessary.

For the latest advice on the amendment and how it might affect you, please do not hesitate to contact the following senior Planning staff on 03 9429 3111: 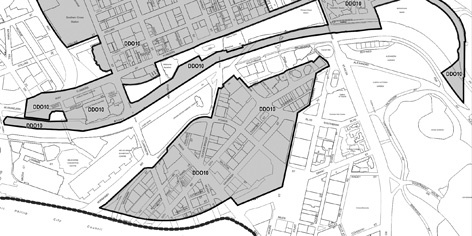