Having read a recent article in The Age that described the failure of a car stacker system, I was a little concerned. This wasn’t a rogue system bought online. This was a Wohr system from one of the most reputable German car stacker manufacturers.

Stackers are a good thing for the development world, at least in this world where we still need car parking.  Countless tight development sites have been ‘unlocked’ through the advent of car stackers and many sites wouldn’t be viable without them. Stories about accidents like this one can erode the trust in stackers that has been built up over years with the public, developers, as well as with the decision makers at Council and VCAT.

The article reported that non-genuine structural side rails had been installed in the system which were not up to the required steel grade strength and standard specified by Wohr and the Australian Standards (AS5124). It subsequently failed under load causing the accident to occur. How on earth did that happen?

Wohr Parking Systems Australia have advised that when the previous Australian distributor of the Wohr stacker systems, Car Parking Solutions went into liquidation, the Shmith’s car stacker system that had been ordered was sold by the liquidator at auction to the highest bidder – the Shmith’s builder. Unfortunately, the container load of equipment that was purchased at the auction did not contain the side rails that are critical to the strength of the stacker platforms.

Enquiries were reportedly then made directly to Wohr to purchase the missing rails but it was going to take too long for the rails to be shipped from Germany. It was also too costly for them to be freighted by air. Under pressure to finish the job, the builder decided to source the rails locally instead. Unfortunately, the rails that were sourced were reportedly not up to the required standard nor the drawings supplied. The inevitable disaster struck and the system failed under load. Thankfully, no one was hurt.

Whilst it is unlikely that this sequence of events would ever happen again, how can we have more certainty that car stacker systems are constructed and installed to the required standards set out in the applicable Australian Standards?

What about at the Planning Permit stage?

Some Councils are already requiring Car Stacker Management Plans to be prepared and endorsed as part of planning permits which ensure that systems are serviced and maintained for instance. These could easily be extended to require all systems to be designed and installed by approved installers in accordance with the Australian Standard.

What about the Building Permit stage?

Perhaps there is an opportunity for further checks or demonstrations of compliance to be required after installation and before a Certificate of Occupancy is granted?

The benefits of car stackers are far too great to let this isolated accident take them out of consideration. DEMAND compliance with the Australian Standard (AS5124). DEMAND that they be installed by approved installers of the manufacturer. Do this and we can be sure that accidents like this do not happen again and we can continue to enjoy their benefits.

To stay up to date with the latest news, with genuine insight and reflection, follow us at LinkedIn 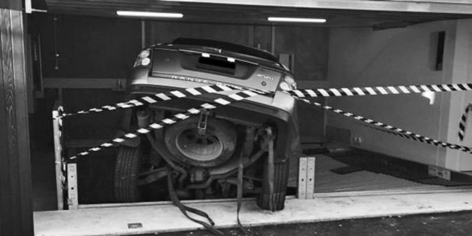