It is becoming abundantly clear that living sustainable lives isn’t just something we “should” do for the environment. It’s something we must do if we are to preserve our qualities of life and it very much applies to transport as well. Every year, transport modes consume between 20% to 25% of the world's energy which significantly contributes to the increasingly high levels of greenhouse gases released into the atmosphere.

Advances in fuel technologies are making vehicle travel far better for the planet. The Bristol biogas bus in the UK is one such example of a more sustainable transport option, using human and food waste that is converted to fuel, or ‘biogas’.

In addition to reducing carbon dioxide production by 95%, the use of ‘poo-powered’ vehicles have significantly improved the urban air quality and reduced the number of health problems associated with air pollution exposure.

GENeco and partners have the aim for 20 bio-buses operating in the City of Bristol by the end of 2019, while a rival operator is looking to bring 110 ‘poo-powered’ double deckers to the city.

Could it be done in Melbourne?

The emergence of ‘waste to energy’ schemes in Melbourne could support the move towards the use of alternative fuel sources.

A ‘Waste to Energy Plant’ that would convert household waste into electricity to power up to 20,000 houses is proposed for Laverton North. The $100 million plant has the potential to take up to 200,000 tonnes of residential household waste that is currently bound for the landfill and convert it into electricity through the act of Gasification. Gasification is the process of heating the waste to a very high temperature so that the waste becomes a gas, and this gas is then used to heat water into steam which in turn drives a turbine to produce electricity.

Thermal waste to energy technologies is commonly used across Europe, in part because of the lesser amount of land available for landfills. Australia, by comparison, lags due to the relatively cheaper costs of landfills. The emergence of Waste to Energy Plants could serve as a means for enabling biomethane-powered transport in Australia.

The Bio-Bus experiment has showcased the possibilities of biomethane powered transport. Recycling human waste into useable energy may still sound incredibly disturbing to most. However, it’s a feasible, cheap, and more environmentally responsible alternative that could help ease both our waste management and transport emission problems. 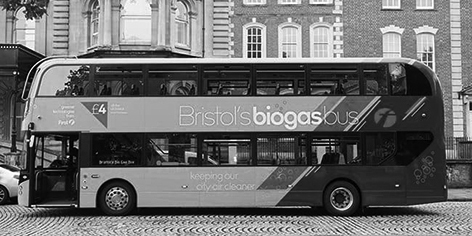 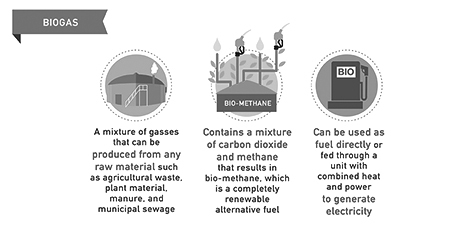