Monash City Council has prepared Amendment C148 to the Monash Planning Scheme. The currently exhibited Amendment proposes to update the public open space (POS) contribution rates for all subdivisions by:

- amending the Schedule to Clause 53.01 to require that all subdivision provides a public open space contribution at a rate of 10%;

The existing public open space contribution rates for subdivisions are on a sliding scale from 2% to 5%, depending on the number of proposed lots (for example, 6 lots or more equates to a contribution of 5%). The proposed 10% rate represents a 100% (or greater) increase in the resultant POS contribution to the permit holder.

Pursuant to Clause 53.01 of the Victorian Planning Provisions:

- ‘a person who proposes to subdivide land must make a contribution to the council for public open space in an amount specified in the schedule to this clause (being a percentage of the land intended to be used for residential, industrial or commercial purposes, or a percentage of the site value of such land, or a combination of both). If no amount is specified, a contribution for public open space may still be required under section 18 of the Subdivision Act 1988.’

As a public open space contribution must be paid in accordance with any rate specified in Clause 53.01 of the Scheme, there is no discretion once a schedule to the clause is applied. Usually, this appears as a condition of a subdivision permit, worded to the effect:

- Before a statement of compliance is issued—

Section 19 of the Subdivision Act 1988 states that:

- The Council may obtain a valuation of the land[1] for the purposes of Section 18 or 18A or a public open space requirement in a planning scheme from a person who holds the qualification or experience specified under Section 13DA (2) of the Valuation of Land Act 1960 if the value is not agreed.

The Explanatory Report accompanying C148, in justifying the proposal, comments:

- A contribution rate of 10 percent has been determined as necessary to deliver a reasonable standard of open space provision across the whole of Monash and is consistent with the provision of open space required in the planning for new housing in Melbourne’s growth areas.

- This contribution rate reflects the need to ensure that all residents in the future have contributed to providing an appropriate level of public open space services and recognises a need of 30 square metres per person.

- In the absence of a state-wide standard, the determination of a benchmark of 30 square metres per person is based on an assessment of open space provision standards internationally, nationally and also other examples from within Victoria (for example City of Wyndham and City of Frankston). This figure also recognises the current baseline of the provision in Monash at 27 square metres per person and that there are existing inequalities across Monash suburbs that need to be addressed and improved.

- The City of Monash is considered a single planning unit for open space planning purposes[2].

- An inclusionary requirements approach means that all development should provide sufficient open space services to meet its need as indicated by planning standards.

- All existing and future residents of the City of Monash are entitled to have access to a reasonable standard of open space. Planning standards for per capita provision rates provide a starting point for determining open space requirements (30 square metres).

The proposed additions to the Local Planning Policy Framework at Clauses 21.10 (Open Space) and 22.15 (Public Open Space Contributions Policy) articulate these principles as policy directives, objectives, and strategies. Further, the Monash Open Space Strategy (2018) is listed as a reference document under each clause.

There appears an acknowledgement of the City of Monash being relatively constrained in not only its current provision of POS, which is inconsistent across the municipality but also its ability to acquire new land for the provision of public open space[3]; thus, there is a reliance on upgrading existing infrastructure in contrast to a total acquisition of new parcels of land. Where there is an instance of public open space to be facilitated, this is identified to be within 400m of the population with access to open space (Clause 56.05-02 – Standard C13 of the Planning Scheme uses 95% of all dwellings as the target).

How to arrive at the 10% calculation?

- The future quantum of open space required is then identified as a proportion of Monash’s total land area. This informs the open space contribution rate.

- This leads to an open space contribution rate of 10 per cent for all commercial, residential and industrial land uses within Monash. This is illustrated in Table 1 {Source: SGS Economics & Planning – City of Monash – Open Space Contribution Rate Planning (p. v)}

In noting the relevant ‘tests’ for determining the requirement for a public open space contribution, Section 18 of the Subdivision Act 1988 states:

(1A) The Council may only make a public open space requirement if it considers that, as a result of the subdivision, there will be a need for more open space, having regard to—

a) the existing and proposed use or development of the land;

b) any likelihood that existing open space will be more intensively used after than before the subdivision;

d) whether there are existing places of public resort or recreation in the neighbourhood of the subdivision, and the adequacy of these;

e) how much of the land in the subdivision is likely to be used for places of resort and recreation for lot owners;

f) any policies of the Council concerning the provision of places of public resort and recreation.

As evident above, the assessment is part qualitative, part quantitative, and there is no ‘30 square metres’ measurement as a presiding standard. Notwithstanding the appropriateness of such a metric, based on accepted standards nationally or otherwise, it would make sense to incorporate a more consistent approach in the underlying strategic principles throughout Victoria to ensure the fair and reasonable distribution of public open space allocation and the associated burden on the development community.

On the back of Ratio’s ‘affordable housing series’, which highlighted the systemic issues associated with (un)affordable housing, it would seem that a potential flow-on effect of high POS contributions may be somewhat ill-timed and could see a spike in house prices within the municipality. Developers’ margins are becoming increasingly constrained in the current housing climate, and to further exacerbate the status-quo could ultimately see the end-purchaser lose.

To elaborate, the median house price across Monash is approximately $1,244,926[5] (June 2018). Doing the math on the low-end of the scale, an average developer would pay approximately $120,000 for a public open space contribution for a three-lot subdivision on an average allotment[6]. One wonders whether this figure could create an unfeasible development situation for professional developers, let alone those in the ‘mum and dad’ sphere.

As an indication/comparison of rates across Victoria, there is no municipality that includes a Schedule to Clause 53.01 requiring a blanket 10% POS contribution across all residential, commercial, and industrial areas. There are a few examples of municipalities exceeding 10% (identified below), but these are usually site-specific areas:

The site-specific areas are generally those defined as part Development Plan Overlay areas, or which form part of a Precinct Structure Plan (PSP) area and more often than not are located in rural or peri-urban Councils.

While there is understandably a requirement for Councils to facilitate the reasonable provision of public open space for existing and future residents, there appears to be a legislative gap as to the determinative factor and what would constitute an appropriate amount for established metropolitan municipalities.

Shifting additional costs onto the developer may have unintended consequences across the housing market, but this can be justified if the rationale is fair and reasonable. The 30 square metres per capita metric may be appropriate, however, further guidance from the State Government would assist in establishing consistency across the State.

The closing date for submissions is Friday, 2 August 2019.

[1] The definition of ‘land’ includes “buildings and airspace” per Section 3 of the Subdivision Act 1988.

[2] Clause 53.01 allows for open space contributions collected to be spent anywhere within the municipality, that is, not necessarily in the vicinity of where the collections are made.

[4] This includes all land uses that are suited to redevelopment for commercial, industrial and residential land uses, and excludes schools, parklands, community facilities, roads and other land used for transport.

[6] In determining the applicable value of land, Section 5A(3)(a) to (f) of the Valuation of Land Act 1960 includes the relevant parameters. 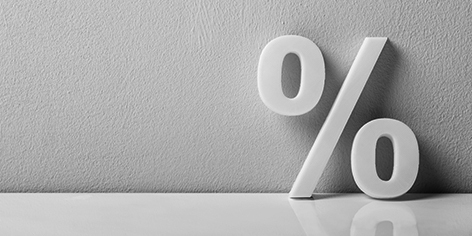