Have you ever contemplated the idea of constructing a second dwelling on your land which is modest and self-contained, but then been deterred by the challenges and uncertainty of obtaining a planning permit?

The Minister for Planning has introduced (via Amendment VC186) a code for Secondary Dwellings to enable a streamlined pathway for the development of one additional small dwelling on the same lot as an existing ‘principal’ dwelling across a range of residential zones.

At this stage, the code has been introduced through the Secondary Dwellings Pilot Program involving only the City of Greater Bendigo, City of Kingston, City of Moreland and Shire of Murrinndindi, and applies to their Residential Growth, General Residential, Neighourhood Residential, Mixed Use and Township zones

This initiative has arisen from the Victorian Government’s Smart Planning program, aimed to simplify and modernise Victoria’s planning policy and rules. Provided that the dwelling meets certain tests, the approval process will be trialled via the VicSmart assessment pathway, a more simplified and faster process (a 10 day permit process).

The code for secondary dwellings is aimed to provide social benefits by facilitating housing options for an ageing population, multigenerational families, and lower income households. It will also have economic benefits by reducing the regulatory and administrative burden for both applicants and council departments.

A new clause at 51.06 (Secondary Dwellings) spells out all the requirements and in particular, the proposed secondary dwelling must be single storey (no higher than 5m) and not exceed 60sq m in gross floor area. Importantly, it must be located on the same lot as an existing dwelling and cannot result in more than two dwellings on the lot. There are also other ‘mandatory’ requirements relating to car parking associated with the existing dwelling and satisfying the garden area, if applicable.

To further qualify under the VicSmart pathway, the dwelling cannot be located on a lot boundary or closer to a street (other than a rear lane) than the existing dwelling. It also must satisfy the numerical requirements of specific standards of Clause 55, which are:

In addition, a permit cannot be granted to subdivide the land to create a lot that contains a dwelling constructed under a permit granted by this new provision. A mandatory condition will be imposed on the permit to require the owner to enter into a S173 agreement that prohibits the subdivision.

These provisions are welcomed as they facilitate greater housing options and choice within established and well serviced urban areas that are not limited by their end users or their degree of permanency.  This is in contrast with a similar dwelling option known as a dependant person’s unit, however, this structure must be movable and must be used by a person dependent on a resident of the existing dwelling.

It is also hoped that these provisions will contribute to stimulating the construction industry, especially, given the unprecedented time we are in. Providing alternative and diverse forms of housing for a wider range of social and income groups has never been more important.

This pilot program will run for 7 months and at its conclusion, it is envisaged that a further amendment will introduce this code to all Victorian Planning Schemes. 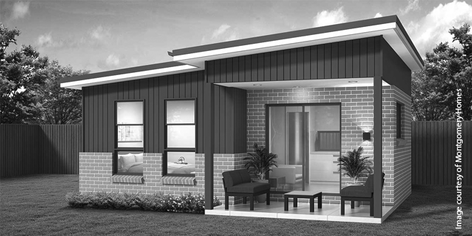